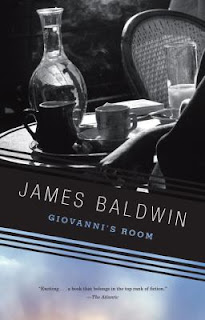 One of our Nevermore readers decided to jump back into the works of James Baldwin by reading both Giovanni’s Room and The Fire Next Time. In Giovanni’s Room, Baldwin tells the story of David, a young, bisexual American man, who is living in Paris and begins an affair with an Italian bartender named Giovanni. Our reader, who is an avid fan of James Baldwin, said she enjoyed reading Giovanni’s Room immensely. She thought it was “just a wonderful book” that offered an intimate and heart-wrenching look at the struggles of a person who was homosexual/bisexual. As always with Baldwin, his book was very well-written and poignant, and she highly recommended it to her fellow readers. 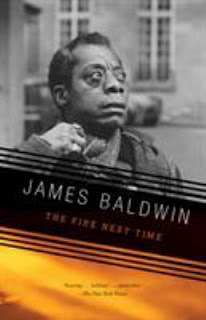 Baldwin’s The Fire Next Time is a semi-autobiographical novel about the emerging civil rights movement during the 1960s.  Described on the back cover as “a powerful evocation of James Baldwin’s early life in Harlem and a disturbing examination of the consequences of racial injustice,” The Fire Next Time is poignant and empowering book that hits hard with its beautiful prose and uncompromising view of racism.  Our reader really enjoyed Baldwin’s novel, saying it was “such a good book.”  She said it’s a searing book that does a magnificent job illustrating the dynamics and tensions between Americans, both black and white, and the growth of the civil rights movement. 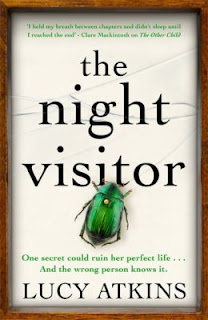 Next, Nevermore shared The Night Visitor by Lucy Atkins.  Professor Olivia Sweetman has worked hard to make her dreams come true.  Now with a grand career as a TV presenter and historian, three children, and a wonderful husband, her life is perfect—or merely seems so.  Olivia’s life is built on lies and Vivian Tester, a socially awkward, middle-aged housekeeper in Sussex, knows the truth.  Mixed with drama, suspense, hints of folklore and horror, Atkins’ novel presents an interesting story; however, our reader found it lacking when it came to the concluding chapters.  She speculates the author will follow up with a sequel to wrap up all those loose ends, which may redeem the ending of The Night Visitor. 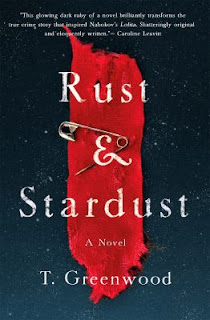 Keeping in the vein of “creepy reads,” Nevermore explored Rust and Stardust by T. Greenwood.  In Camden, New Jersey, in 1948, Sally Horner was eleven years old and victim of Frank LaSalle, a middle aged man fresh out of prison.  Inspired by true events, Sally’s harrowing story is chronicled in both Greenwood’s latest novel—and Vladimer Nabokov’s most controversial and notable novels, Lolita.  Our reader said “it was such a sad story.”  While she liked that Greenwood takes an opposing perspective to Lolita—presenting Sally’s story, rather than Humbert Humbert—she found it disturbing and sad and creepy. 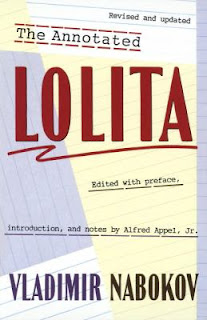 In an unexpected twist, one of our Nevermore readers revealed she had actually just finished reading Lolita.  Written by Russian-American novelist Vladimir Nabakov, Lolita is the story of Humbert Humbert, who becomes obsessed with his twelve-year-old stepdaughter, Dolores Haze—whom he calls “Lolita” in private.  Our reader had read Lolita many years ago and thought she would try again; however, she found she still didn’t like Nabakov’s novel.  Although praised as a classic and named one of the greatest works of the twentieth century, she said she couldn’t stand Humbert Humbert.  “It’s a weird book,” she told her fellow readers.  “And [Humbert] is such a sleazy guy.  He’s awful.”  She did not recommend it. 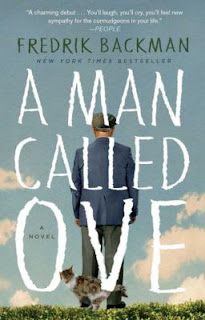 Last, Nevermore looked at Fredrik Backman’s debut novel, A Man Called Ove.  Ove is, at best, a curmudgeon.  Cranky, gifted with staunch principles and adhering to strict routines, Ove is a man with a short fuse—but Ove has an unexpected story and friendship to give.  After meeting his new neighbors, who accidentally run over his mail box, Ove’s life will be changed forever.  Our reader said she “liked it very much.”  Well-written, poignant, readable and relatable, A Man Called Ove was a lovely, feel-good novel that was just what the doctor ordered.  She highly recommended it to her fellow readers, especially those looking for something sweet and wonderful.
Posted by BPL Ref at 9:29 AM