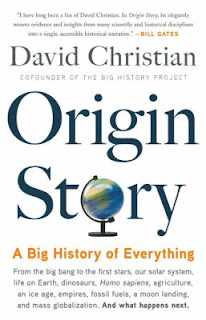 This week, Nevermore took a look at Origin Story:  A Big History of Everything by David Christian, which takes a look at the origins of everything.  According to the subtitle, Origin Story is a history of everything “from the big bang to the first stars, our solar system, life on earth, dinosaurs, Homo sapiens, agriculture, an ice age, empires, fossil fuels, a moon landing, and mass globalization.”  Our reader found Christian’s book to be incredibly fascinating and delightfully done.  Fashioned into a single, accessible volume, Origin Stories was extraordinarily enjoyable and easy to understand and “very complete,” he noted.  He highly recommended it to his fellow Nevermore members, saying it has a little bit of everything for everyone.

Next, Nevermore explored Voyage to Santa Fe by Janice Holt Giles.  Judith and Johnny are young, married, and venturing far from their home in the Arkansas Territory to the distant mountains of Santa Fe.  Facing peril at each turn, Judith and Johnny must stand together if they ever hope to reach their destination.  Our reader picked up Voyage to Santa Fe on a whim and she thoroughly enjoyed it.  Giles’ novel was delightfully descriptive and captivating, containing all the characteristics of a classic Western thriller.  She highly recommended it to the other members of Nevermore, especially if they were looking for a good book to read for an evening or a hit of nostalgia. 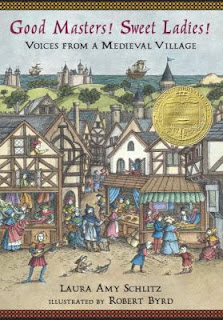 Nevermore also stepped further back in time with Good Masters! Sweet Ladies!:  Voices from a Medieval Village by Laura Amy Schlitz and illustrated by Robert Byrd.  Winner of the Newbery Medal, Good Masters! Sweet Ladies! recounts the lives of 22 different characters as they make their way about a small English village in the year 1255.  Our reader said he enjoyed Schlitz and Byrd’s book so much, admitting he read it twice to really catch the flavor of the stories.  He read aloud portions of his favorite vignettes to Nevermore, showing off the lovely pictures by Byrd and the clever poems created by Schlitz.  He praised Good Masters! Sweet Ladies! very highly, and it was quickly scooped up by another reader. 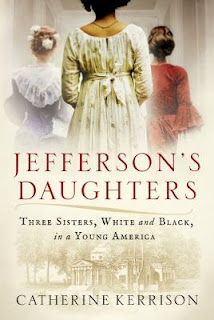 Nevermore continued to explore history with Jefferson’s Daughters:  Three Sisters, White and Black, in a Young America by Catherine Kerrison.  Thomas Jefferson had three daughters:  Martha and Maria with his wife, Martha Wayles Jefferson, and Harriet by slave Sally Hemings.  In this book, Kerrison explores the lives of Martha, Maria, and Harriet, as they set off for different and disparate futures.  Although our reader was initially interested in reading Kerrison’s biography, she finished reading Jefferson’s Daughters with mixed feelings.  “[It had] more than I wanted to know about French society,” she said, and so much of it “seemed so superfluous.  It was too much for me.”  She agreed it would probably be interesting for someone else, but it definitely won’t be one of her favorites. 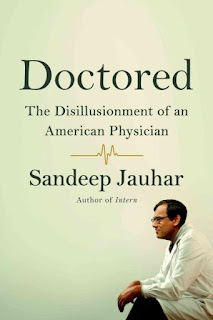 Last, Nevermore wrapped up with Doctored:  The Disillusionment of an American Physician by Sandeep Jauhar.  In Doctored, Dr. Jauhar examines the current state of the American healthcare system and examines the complicated and perverse systems of referrals, charges, and malpractice suits that he has experienced.  Our reader said Jauhar’s book was incredibly enlightening.  “It was depressing,” she admitted, “but interesting too.”  Overall, she praised it as a very good book—right up there with Jauhar’s first memoir, Intern—and noted she will be looking forward to getting her hands on his latest book, Heart:  A History.
Posted by BPL Ref at 9:06 AM