I’ve been on a romance novel kick recently.  In between book club picks, like The Tenant of Wildfell Hall and Their Eyes Were Watching God, I’ve been sifting through several different romance authors and delving into terribly, wonderfully sappy romantic stories.

I’ll be honest:  I haven’t always loved romance novels; in fact, I used to dislike them because they seemed boring and oh-so-frustratingly predictable.  It was always boy meets girl, boy and girl fall in love, boy and girl break up, before boy and girl finally make up and get married.  But, more recently, I’ve found a few authors I love who create novels that can be fun, zany, endearing and, yes, entirely unpredictable. 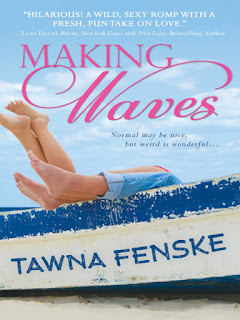 In Making Waves by Tawna Fenske, we meet Juli who is in the Caribbean to distribute the ashes of her uncle (who may or may not have been a mob boss).  She’s incredibly intelligent—she can memorize a car manual in ten minutes, give or take—and she’s always ready for an adventure; however, she never expects to stumble across a dysfunctional pirate crew run by Alex, a disgruntled ex-employee ready to rip off his unscrupulous boss.

Making Waves is a delightfully funny and unexpectedly witty gem.  Juli is absolutely adorable—wildly enthusiastic, smart and imaginative—and her relationship with Alex is hilarious.  The banter between Alex and the so-called “pirate crew” is equally funny, and I often found myself laughing out loud as their adventure got under way and they encountered one problem after another.  It’s a romance that is odd, off-beat, and even a little weird, but I absolutely adored it.

As the tagline on the front states:  Normal may be nice, but weird is wonderful. 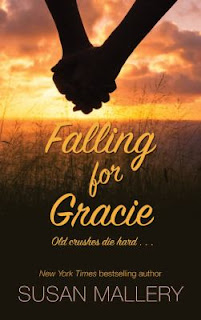 Falling for Gracie, book two in the “Los Lobos” series by Susan Mallery, tells the story of Gracie Landon and her return to her hometown of Los Lobos, California.  When Gracie was fourteen, she fell in love with Riley—eighteen, rebellious, and unspeakably handsome—and did everything in her power to get him to notice her.  But after spending the rest of her childhood in Iowa, Gracie has grown up and wants nothing to do with Riley, until one misadventure brings her face-to-face with her former crush and they find themselves drawn together, despite their ignominious history.

Although Mallery’s novel falls a little more on the predictable side, I found Falling for Gracie to be a humorous and charming little romance.  While in Los Lobos, Gracie must live down her history as the crazy girl who stalked Riley and became a town legend, and Riley, of course, is trying to wrap his head around the notion that Gracie is no longer the girl he knew—throw in a little sabotage, and you’ve got a story that’s both funny and sweet.

Overall, it was a good novel with a sweet ending that gave me all the warm fuzzies. 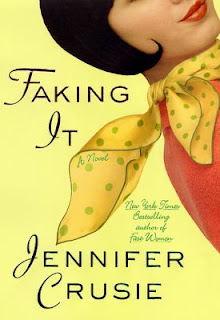 Faking It by Jennifer Crusie is a delightfully funny novel about Matilda Goodnight, her dysfunctional family, and Davy, the crook who finds himself getting wrapped up in the Goodnight family drama—you know, after he accidentally runs into Matilda, while he’s trying to recoup his lost money from his crazy ex, Clea.  Not the best way to start off a relationship, but, regardless, they find themselves drawn to each other as they try to outwit Clea, suspicious art collectors, and a possible hit man.

I’ve read several books by Jennifer Crusie, and I’ve found that each novel is more delightful than the last.  Crusie has a gift for creating zany characters and putting them in even more wacky situations—and the Goodnight family (plus Davy) is about as kooky as you can get.  The whole story is a wild ride from beginning to end, and I enjoyed every minute.

I highly recommend Faking It—or any novel by Jennifer Crusie—if you’re looking for an off-kilter romance with plenty of spunk.
Posted by BPL Ref at 9:12 AM