Nevermore: Eisenhower, Eating Local, Evicted, How the Other Half Lives, The Snowman, Coming Home 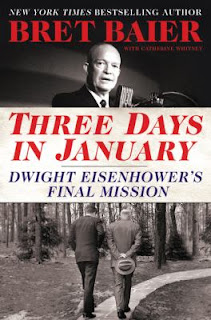 Nevermore appreciates history, although not all history books are appreciated.  Three Days in January: Dwight Eisenhower’s Final Mission by Bret Baier may be one of those duds.  Our reader said that he kept waiting for the author to get to the main part of the book, which seemed to be Eisenhower’s “farewell speech” in which he would warn the United States against building up the military industrial complex on the eve of the Cold War.  Baier, the chief political news anchor for Fox, begins with Eisenhower’s childhood, goes slowly through World War II (but somehow skips all mention of D-Day) and even goes up through the 2016 presidential election, yet only dedicates a short section to the “Final Mission” mentioned in the title. 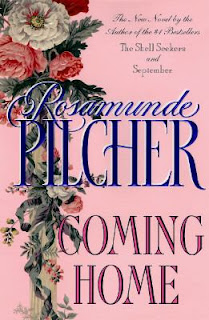 Set in Cornwall in the years before and during World War II, the novel Coming Home by Rosamunde Pilcher was enjoyed by another reader.  With beautiful settings and detailed descriptions of the characters’ actions, this story tells about young Judith Dunbar as she is attending British boarding school while the rest of her family is abroad.  Spanning both the European and Eastern fronts during the war, Pilcher weaves a tale that our reader very much recommends. 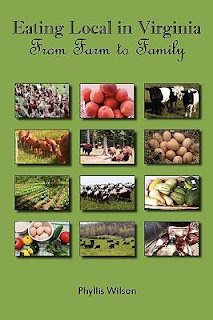 Back on this side of the Atlantic, Eating Local in Virginia: From Farm to Family by Phyllis Wilson was passed around and much liked.  The guide lists local eateries which use local ingredients, stores which sell locally grown items, farms which sell directly to the public, and local wineries, divided by region.  Several featured local food producers make this an interesting read. 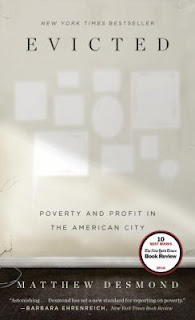 Evicted: Poverty and Profit in the American City by Matthew Desmond is a story of extreme poverty in Milwaukee.  Telling the stories of both landlords and tenants, Desmond explores the lives of people trying to scrape by with almost no income due to a variety of circumstances.  As part of his research, Desmond went to live in a trailer park during 2008 and 2009.  Living side by side with desperate people enabled him to tell their stories and promote some ideas of how to break the cycle of crime and poverty, but also showed that there are some individuals and families who might not ever be able to improve their lives. 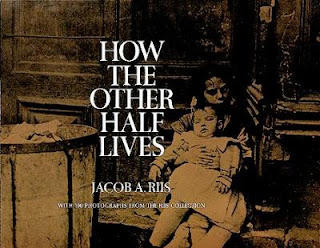 The same reader also discussed How the Other Half Lives: Studies Among the Tenements of New York by Jacob A. Riis.  Originally published in 1890, this volume addressed the slums that existed in New York at that time.  Riis made suggestions for helping those families living in horrible conditions.  This is considered a classic work on the disadvantaged living in urban America.  Our reader said that in comparison this made her life seem like a dream. 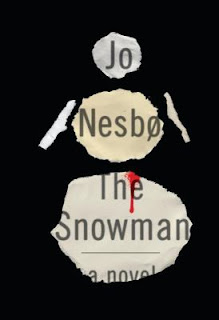 Lastly, another reader picked up The Snowman by Jo Nesbo.  Midway through the Inspector Harry Hole series, in this installment a young boy named Jonas discovers that his mother has vanished and that the only clue is her pink scarf on a snowman in their yard, a snowman that Harry did not build.  This thriller about a Norwegian serial killer is downright chilling, and as our reader said, “Nobody told me it was a little spicy!”
Posted by BPL Ref at 10:42 AM