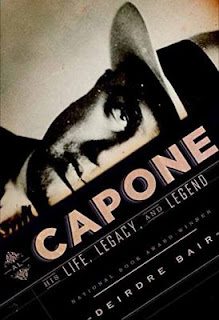 Nevermore began with a glowing review of Al Capone: His Life, Legacy, and Legend by Deirdre Bair.  This telling of Capone’s life focuses on his benevolent nature relating to his family and his community, rather than his great crimes.  Although most of his family has passed on, some grandchildren contributed anecdotes for the author to round out this different characterization of the man.  Our reader opined that the government did so many wrong things to Capone during his imprisonment that today he would have been released from prison in a day.  She also called Capone a fascinating, brilliant man with a 6th grade education. 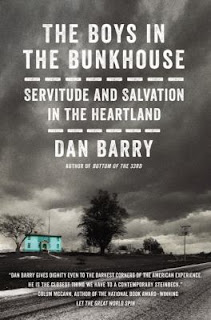 Next up was The Boys in the Bunkhouse: Servitude and Salvation in the Heartland by Dan Berry.  This is a tale of a group of intellectually disabled men from Texas who were brought to the small town of Atalissa, Iowa to work in a turkey processing plant for room and board plus $65 a month.  For over thirty years the men lived this life of near slavery as their living and working conditions deteriorated.  Surprisingly, this didn’t happen in the early 1900’s, but from the mid-1970’s until 2009.  The story inspired advocates and political leaders to push for better wages and living conditions for people with disabilities. 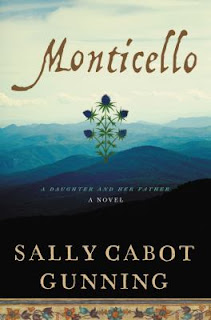 Turning to fiction with a historical bent, another reader discussed Monticello: A Daughter and Her Father by Sally Cabot Gunning.  Thomas Jefferson’s oldest daughter Martha is portrayed here, from the time she was a young woman through most of her life.  Using diaries and letters, Gunning brings the Jefferson family to life.  Our reader said that it was very interesting and almost felt like you were standing there looking at the characters. 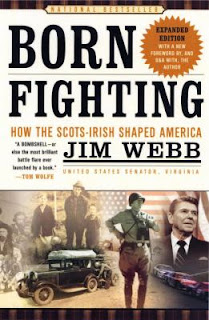 Born Fighting: How the Scots-Irish Shaped America by Jim Webb was described by another reader as an interesting look at how the Scots-Irish came to the colonies before the American Revolution and were quickly rushed off to the mountains by the earlier settlers.  Looked upon as the wastes of society, the Scots-Irish settled in Pennsylvania, the Shenandoah Valley, western Virginia, Tennessee, and North Carolina.  Nevermore readers felt it was an interesting look at the historical causes of modern stereotypical attitudes toward Appalachian people. 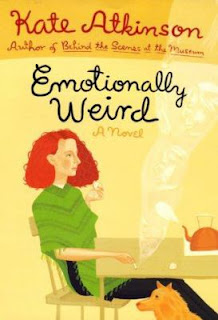 Emotionally Weird by Kate Atkinson was next, being described as a book about Scottish college students in the 1970’s where the students were funny but the professors were funnier.  Many stories are interwoven, with subplots galore.  Effie and her mother are telling stories about their lives while isolated in an ancient house off the coast of Scotland.  Our reader said that she loved it and got a lot of laughs. 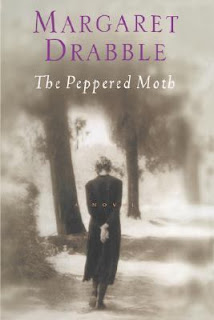 Another reader picked up The Peppered Moth by Margaret Drabble, a novel spanning three generations of English women.  Bessie Bawtry is the first, living in a mining town in the early 1900’s and yearning to stretch her wings through education.  Her daughter Chrissie has the same desires, as well as granddaughter Faro.  This fictionalized version of the author’s own mother was touted as really well written and a book that draws in the reader. 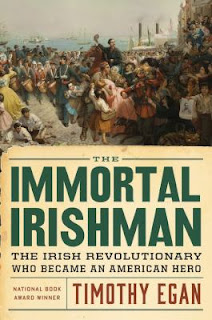 Lastly, The Immortal Irishman: The Irish Revolutionary Who Became an American Hero by Timothy Egan made an appearance.  The story of Thomas Francis Meagher is wide ranging, from the Great Irish Potato Famine of the 1840’s to dramatic Civil War battles to being named the territorial governor of Montana.  Complex and well written, this was a tale much enjoyed by our reader.
Posted by BPL Ref at 10:54 AM