Nevermore: Animals, Quitting Money, Around the World in 50 Years, and More 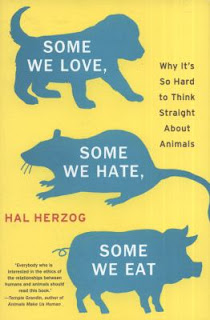 One of our Nevermore members is an avid e-book reader. She discussed several books that she has been reading. First was 44 Horrible Dates by Eddie Campbell, an outlook of a homosexual man’s dating world and his horrible, horrible dates. Our Nevermore reader said regardless of one’s sexual orientation, everybody will recognize these 44 types of people. She found the book to be very funny and enjoyable. Next was Ghost Boy by Martin Pistorius, the true story of Martin and the coma he tragically endured when he was only twelve years old. (He developed locked-in syndrome after an illness.) Martin tells how he was never expected to move or talk again and his experience of being abused by his caretakers. She also discussed Some We Love, Some We Hate, Some We Eat: Why It’s So Hard to Think Straight About Animals by Hal Herzog, a professor at Western Carolina University, who goes into the study of animal and human relationships and why we view some animals as OK to eat and not to eat. The last book mentioned was The Wright Brothers by David McCullough. She was fascinated by the compilation of letters and diary entries within this book. This book tells the tale of the Wright brothers and their determination to fly. 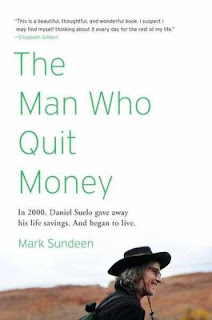 Up next was The Man Who Quit Money by Mark Sundeen, a man who did the unthinkable and left his life savings (though only thirty dollars) in a phone booth to whomever wanted it. He was tired of living off money and he yearned for financial freedom. This is the fascinating true story of how Sundeen lives without money or government assistance. 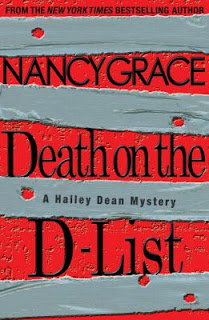 Death on the D-List by Nancy Grace was also mentioned. This is the second book to the Hailey Dean series. Hailey, a former violent crimes prosecutor, steps back into the crime-fighting spotlight and starts focusing on D-List celebrity murders. The Nevermore member appeared to be pleased with Nancy Grace’s novel. 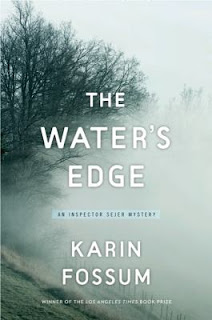 Also discussed was Karin Fossum’s The Water’s Edge. Husband and wife Reinhardt and Kristine Ris come across a boy’s body after their Sunday stroll. Kristine is horrified, but especially by her husband’s actions of taking pictures of the dead boy on his cell phone. Kristine cannot believe that her husband would take pictures of a young child who appears to have been murdered. Another boy disappears and the whole town becomes questioned by two inspectors, Konrad Sejer and Jakob Skarre. Who is doing this to these boys? And why is Reinhardt becoming obsessed with the events? The Nevermore member said the author did a job well done on writing this mystery without repeating the same material she has written about in the past. Another member commented that he, too, has read a few of Fossum’s books and how her plots are not redundant. 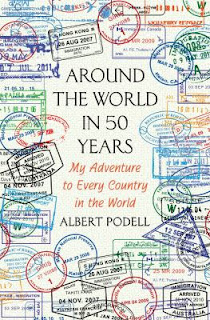 Last but not least was Around the World in 50 Years: My Adventure to Every County on Earth by Albert Podell. Podell was a business man for a company that provided him the opportunity to travel. Someone commented to Podell that before he died, he would probably travel to every country, which is exactly what Podell sought out to do. Our Nevermore member said he went into this book with great hope and zeal but the book was not like that at all. Instead of focusing on the fun parts of his trips, Podell instead focuses on the hazardous journey to places where the people would rather string him up and kill him than to let him in. The Nevermore reader said there was no mentioning of England or Paris, which disappointed him, and overall he would rate this book a C minus. Also, there was no index which many Nevermore members were surprised to hear.
Posted by BPL Ref at 9:07 AM