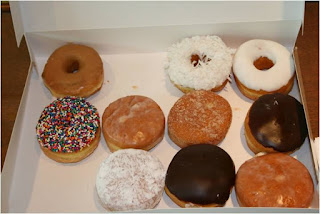 Every seat around the table was filled at the Nevermore Book Club last Tuesday and the discussion lively as the Club took on topics ranging from the Pulitzer Prize to DNA that provides a plot twist in the best seller Defending Jacob. (Yes, Gone with the Wind was mentioned again!)

This year the Pulitzer Prize Board refused to award a Pulitzer for fiction.  A couple of us thought the possibility of a tie in the vote from the Pulitzer jury may have given the Board which makes the final Pulitzer choices reluctance to award a prize to just one author. Others felt the three choices put forth by the Pulitzer jury did not appeal to a large audience. The three-person Pulitzer selection jury read more than 300 books from which they chose The Pale King by David Foster Wallace, Swamplandia by Karen Russell, and Train Dreams by Denis Johnson. Several club members had read one or more of the selected books. No one seemed overly enthusiastic with the choices. (The fiction selection committee has since revealed they were unanimous in their choices of the books nominated for the Prize in fiction which does away with our tie theory!)

Mr. Barry read from an article published by Meg Wolitzer that raises questions about women authors’ works being considered “woman’s fiction” and  being relegated to the second shelf while male authors who do “serious” fiction are top shelf. (See the link to the article http://www.nytimes.com/2012/04/01/books/review/on-the-rules-of-literary-fiction-for-men-and-women.html?_r=1) The discussion that followed was pointed and clear: how important is the gender of the writer to most people? Most of us are interested a good story or a well-done book without regard to gender. When you look at the books that have truly become part of the public consciousness over the last few years, women authors such as J. K. Rowling, Stephenie Meyer, E. L. James, and a host of other women writers have dominated the field.

Books being read by Club members include:

Elizabeth and Hazel: Two Women of Little Rock by David Margolick tells the story of the 1957 desegregation of Central High School in Little Rock, Arkansas. The names Elizabeth Eckford and Hazel Bryan Massery may not be well known, but the image of them from September 1957 surely is: an African-American high school girl, dressed in white, walking stoically in front of Little Rock Central High School, and a white girl standing directly behind her, face twisted in hate, screaming racial epithets. This famous photograph captures the full anguish of desegregation—in Little Rock and throughout the South—and an epic moment in the civil rights movement. Our reader said the book tells a very painful story about the women and bond they share even today, but it also gives a look at what was really happening at the time. She said, “Everyone had a hand in this pie.”

Miss Julia to the Rescue by Ann B. Ross is another adventure with the intrepid Miss Julia as she rescues her favorite private detective from a deadly situation in West Virginia. Ross’ Miss Julia is what we call in the South a “hoot.”  Ever so proper, determined to help her loved ones, and egged on by her own nosiness and need to meddle in other lives, Miss Julia jumps right in with hilarity and sweet resolve. Our reader says Miss Julia makes him laugh out loud.

Calico Joe by John Grisham is a baseball story and a story of fathers and sons. Our reader says it is beautifully written and totally different from Grisham’s legal novels, but it does show baseball as “brutality disguised as sport.”

Hunger Games by Suzanne Collins has another reader enthralled. One of the hottest book series in the world and a blockbuster movie, these books are highly popular with both young adult and adult readers. Several members of the group have read all three books and loved them!

Lois Lowry wrote an earlier dystopian YA series which began with the Newbery Award winning book The Giver.  The book is set in the year 2078, where everything is peaceful.  People are assigned their roles in life and young Jonas has been assigned the role of Receiver of Memories.  As he begins his training, he begins to find that his world may not be quite as he has been told.  Gathering Blue is the second book in the series, and our reader had progressed to the third and final book, Messenger.  This is a series that should be read in order.

Based on the recommendations of another member one reader is immersed in Defending Jacob by William Landay. His take is that the novel is not only an excellent mystery, but also a study in relationships between parents and children, and husbands and wives. He thinks the ending brings about a new definition of parenthood. Defending Jacob is highly recommended by three members of the Club!

The Shoemaker’s Wife by Adriana Trigiani is Mr. Barry’s book of the week. Spurred by Ms. Trigiani’s visit last week for National Library Week, he is finding the book a relaxing, easy, enjoyable read.
Posted by BPL Ref at 8:31 AM