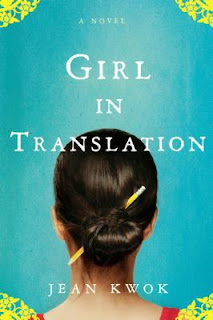 Girl in Translation by Jean Kwok was our first book reviewed this week.  This historical novel centers on a young woman, Kimberly Chang, and her mother.  Both emigrated from Hong Kong to Brooklyn in the 1970’s, sponsored over by mother’s sister, who essentially abandons them once they arrive.  Kimberly leads a double-life in New York:   mathematical genius in school during the day, and sweatshop factory worker at night making $0.15 per garment, Kimberly must find a balance between the two cultures that she is a part of.  Our reader found this book to have an interesting awareness of what was going on even in the 1960s. 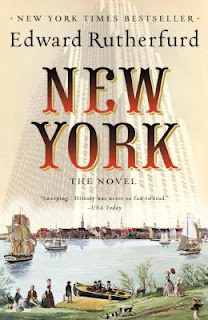 Our next reader reviewed the sprawling New York by Edward Rutherfurd.  This detailed, well researched historical fiction tome (880 pages) covers the history of the now iconic New York City, from its humble beginnings as a trapping outpost, through the Revolutionary War, its growth as a world trading and financial center, through the tumultuous 1970s to its rebirth in the 1990s. Our reader thought this was a very good introduction to the history of New York City.

Fatal Passage:  The Story of John Rae, the Artic Hero Time Forgot by Ken McGoogan came next.  This is a biographical accounting of John Rae, a nineteenth-century explorer whose accomplishments were overshadowed by the political fallout of his speaking the truth of what happened to the famed Franklin expedition:  cannibalism.  Rae was an employee of the Hudson Bay Company, a Canadian company that controlled the fur trade throughout what was then British-controlled North America.  Born in Scotland, he was an accomplished surgeon who was also noted for his stamina, hunting skills and ability to live off the land.  His respect for and use of Inuit traditions and skills put him at odds with European culture of the time, which considered the Inuit people too primitive to offer anything of value (despite the fact that they had not only survived but thrived in an environment that brutally killed most European explorers.)  Our reader recommends this engrossing look at the legacy of one of the most important, but least know, explorers of the Artic. 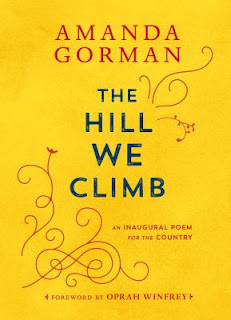 Our next reader reviewed The Hill We Climb: An Inaugural Poem for the Country by Amanda Gorman.  Our reader was in awe of the power and strength of Gorman’s words, and heartily recommends this short, historic book.

Birthplace of the Winds: Storming Alaska’s Islands of Fire and Ice by Jon Bowermaster

The Best We Could Do by Thi Bui

The Crossing Places by Elly Griffiths

The Witch Elm by Tana French

I am Still Here:  Black Dignity in a World Made for Whiteness by Austin Channing Brown

All That We Carried by Erin Bartells

Mother May I by Joshilyn Jackson