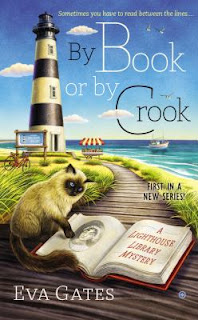 By Book or by Crook by Eva Gates was declared to be a “cute little cat mystery” with a heroine named Lucy working in a lighthouse turned library. These stories never stay idyllic, so when a valuable book is stolen and a board member murdered, Lucy finds that her job turns from librarian to sleuth (other duties as assigned?) all too quickly. Our Nevermore member found this first in series book to be a light, fun read. 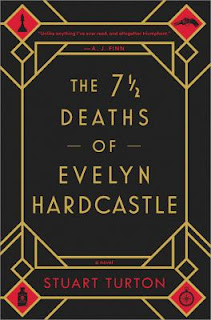 The same reader picked up The 7 ½ Deaths of Evelyn Hardcastle by Stuart Turton and had a bit of a harder time with it, as the story is told from so many different viewpoints. Nevermore reviews have been mixed on this bestseller which is a dinner party murder mystery, but with a twist—Aiden, one of the guests, lives the day of the murder over and over but in the body of a different person each time. It’s up to Aiden to solve the murder, or die trying. 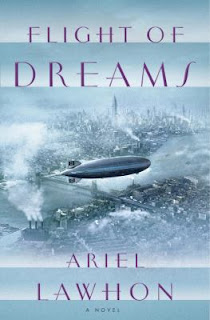 Flight of Dreams by Ariel Lawhon is another return to an earlier time, 1937 when the dirigible Hindenburg begins its final flight. Told from the viewpoints of a cabin boy, a newspaper reporter, and a stewardess, the days leading up to the disaster are revealed. Our reader thought that the author definitely had her own theories on what caused the airship to burst into flames. This book comes highly recommended and our reader is eagerly seeking out other books by Lawhon. 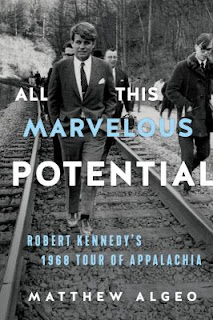 All This Marvelous Potential: Robert Kennedy’s 1968 Tour of Appalachia by Matthew Algeo touched our next reader in a personal way. Kennedy had come to the heart of eastern Kentucky, an area close to our reader’s home. She exclaimed that she learned so many things by reading this book, and empathized with the people in those poorest communities visited by the Senator. She also noted that even though people in that area were in deep poverty, most of them still had a roof over their heads even if it was just a tar paper shack. 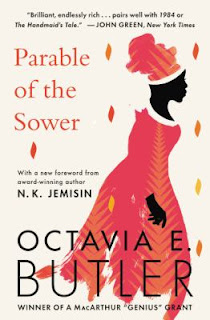 Finally, another reader was intrigued by The Parable of the Sower by Octavia Butler. Written in 1993 but set in the futuristic 2025, this dystopian novel tells the tale of empathetic Lauren Olamina, a young woman who feels others’ pain in a dangerous world of walled communities surrounded by near anarchy. Lauren must depend on her family and her neighbors in a world where water is scarce, police and fire services must be paid by the individuals, and where bodies are all too often found in the surrounding foothills. Another reader chimed in saying she enjoyed Butler’s writing, and planned to seek out more.
Posted by BPL Ref at 9:00 AM

Email ThisBlogThis!Share to TwitterShare to FacebookShare to Pinterest
Labels: 7 1/2 Deaths of Evelyn Hardcastle, All This Marvelous Potential, Ariel Lawhon, By Book or By Crook, Eva Gates, Flight of Dreams, Kennedy, Kristin, Matthew Algeo, Octavia Butler, Parable of the Sower, Turton