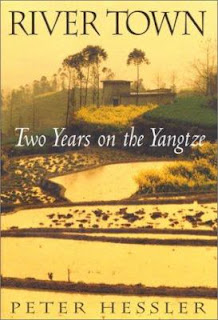 Nevermore started with River Town:  Two Years on the Yangtze by Peter Hessler, the first in a trilogy of books on China.  In 1996, Hessler arrived in Fuling, a small town on the Yangtze River of China, as a Peace Corps volunteer.  He quickly found himself teaching English and American literature at the local college, immersed in a country that was radically different than the American one he’d always known.  Our reader said she enjoyed reading Hessler’s book.  Although it is a deeply personal memoir, it’s also an interesting look at China.  It offered intriguing insight into the world of the Sichuan countryside, providing an in-depth look at the culture, language, and history of China’s small towns.  Overall, she highly recommended it to her fellow readers. 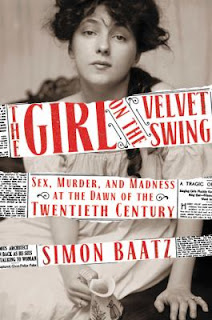 Next, Nevermore checked out The Girl on the Velvet Swing:  Sex, Murder, and Madness at the Dawn of the Twentieth Century by Simon Baatz, which tells the story of Evelyn Nesbit and the sensational courtroom drama that engulfed her life.  In 1901, when Evelyn was only sixteen years old, she was assaulted by Stanford White, a forty-seven year old man who was considered one of the foremost architects of his day and designed countless landmark buildings in Manhattan.  Five years later, Evelyn confided in Harry Thaw, a millionaire playboy who would later become her husband, of the crime; in response, Thaw shot and killed White during a performance at Madison Square Garden.  The following trial was sensational, shocking, and explicit, diving into the glamour and excess of early twentieth century New York.  Although our reader hadn’t quite finished reading The Girl on the Velvet Swing, he said he found the book to be fascinating overall.  “I was less than impressed with the first one hundred pages,” he admitted, “but it’s getting better with the second hundred pages.” 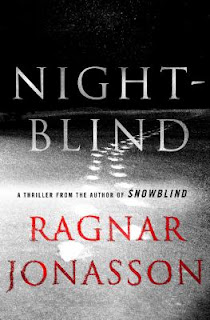 Switching gears from murder trials to murder mysteries, Nevermore looked at Nightblind, a novel the Dark Iceland series by Ragnar Jonasson.  Ari Thor Arason is a local policeman with a tumultuous past and an uneasy relationsip with the villagers of Siglufjordur; however, when a killer murders a policeman one night in a deserted house, it’s up to Ari Thor to solve the murder as the dark arctic winter begins to fall.  Our reader had previously enjoyed Snowblind and she was excited to read more of Jonasson’s novels.  She said she enjoyed Nightblind immensely.  Although it’s a small book, she noted that “it’s still very good and [it has] no wasted pages.”  She was thrilled by all the unexpected twists and turns, and she was even more impressed by how Jonasson managed to keep the identity of the killer a secret until the very end. 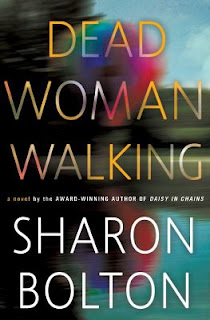 Next, staying in the vein of thrillers, Nevermore shared Dead Woman Walking by Sharon Bolton.  Set in England, near the Scottish border, Dead Woman Walking shares the suspenseful story of woman who survives a freak hot-air balloon accident only to witness a brutal murder—and become the killer’s next target.  Our reader, who has read other novels by Bolton, said she absolutely loved reading Dead Woman Walking.  Paced well, written well with a surprise on every other page, Bolton’s novel is a gripping story that our reader admitted she “couldn’t put down until 2 o’clock in the morning.”  Overall, she said it was very good, and she highly recommended it to her fellow mystery lovers. 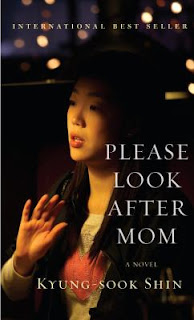 Nevermore also looked at Please Look After Mom, a novel by Kyung-Sook Shin.  When sixty-nine-year-old So-nyo is separated from her husband in a crowded subway station in Seoul, her family initiates a desperate search to find her.  According to the book jacket, Please Look After Mom is “[told] through the piercing voices and urgent perspectives of a daughter, son, husband, and mother...[and] is at once an authentic picture of contemporary life in Korea and a universal story of family love.”  Our reader admitted she had checked out Shin’s novel in the past, but she was very glad she had the opportunity to read it again.  Emotional and evocative, Please Look After Mom is a heart-wrenching and fascinating story of family struggles and the power of love.  Our reader highly recommended it, saying “it’s very beautiful.” 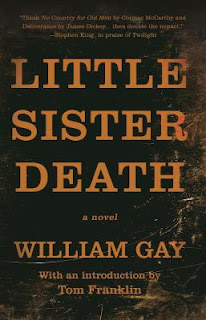 Last, Nevermore shared a novel by Tennessee author William Gay:  Little Sister Death.  David Binder is a young, successful writer in Chicago, but he’s suffering writing block—until inspiration reminds him of an old ghost story that fascinated him as a child.  Now, with his pregnant wife and daughter in tow, David sets out to explore the old Beale farm and delve into the myth of Virginia Beale, Faery Queen of the Haunted Dell.  But as David looks deeper into the violence and bloodshed that lingers at Beale Farm, he quickly learns that something else casts its shadow over the old farm.  Our reader said Gay’s novel was absolutely amazing.  Well written and finely paced with suspense, Little Sister Death is truly scary horror novel.  “It was so terrifying it kept me awake,” she said to her fellow Nevermore members, but she highly recommended it for the wonderful writing and the truly haunting story it tells.
Posted by BPL Ref at 12:03 PM