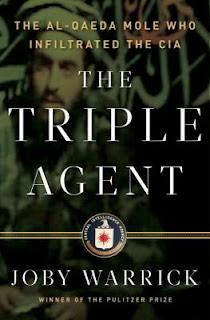 Nevermore began with a serious book: The Triple Agent: The al-Qaeda Mole who Infiltrated the CIA by Joby Warrick.  Humam Khalil al-Balawi was a Jordanian who had worked his way to the inner circles of al-Qaeda as well as into the CIA.  Published in 2012 by Pulitzer Prize winning journalist Warrick, this chronicles a betrayal of the CIA at a time when they were most focused on avenging 9/11.  Our reader was very surprised by the façade that al-Balawi was able to maintain, fooling even his own father.

Another reader was currently enjoying the story of Sam Houston: The Life and Times of the Liberator of Texas, an Authentic American Hero by John Hoyt Williams.  With only about a year of formal education, Houston read law and passed the bar to become an attorney.  A military man and politician, he held such titles as the Governor of Tennessee, the 1st and 3rd President of Texas, a United States Senator from Texas and the Governor of Texas.  Our reader exclaimed about Houston, “What a conman!” and also “A fascinating life.”  Another history buff in the room responded, “You have been too kind to him.” 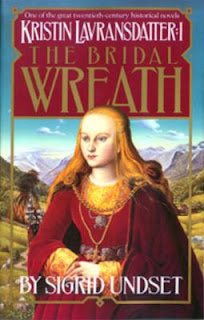 Kristin Lavransdatter, a classic trilogy written by Sigrid Undset, is about a 14th century Norwegian woman.  Kristin, a devout Catholic, nonetheless falls in love with Erlend, although she has already been promised to Simon.  Our reader loved the imagery presented in the prose; the snow and the sky seemed so vivid.  Although written in the 1920’s, the books have had periodic resurgences and are popular still today.  Undset received the 1928 Nobel Prize in literature, partially for this Middle Ages saga.  The trilogy is sometimes published separately as The Wreath, The Wife, and The Cross. 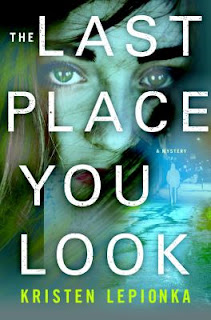 Continuing in fiction, another reader enjoyed The Last Place You Look by Kristen Lepionka.  Private investigator Roxane Weary is digging fifteen years into the past to when teenager Sarah Cook’s parents were brutally murdered, and Sarah disappeared the same night.  Sarah’s African-American boyfriend Brad Stockton was convicted of the murders and is still awaiting his sentence of execution.  Our reader said that it was a very good book and that it fooled her because it didn’t end the way she thought it would.

October Sky (aka Rocket Boys) by regional author Homer Hickam has been read and enjoyed by several readers, and also was a BPL Book Club pick in October.  A story of a young West Virginia boy dreaming of space in 1957, Hickam decided that he wanted to build rockets.  He eventually became a NASA engineer, fulfilling his childhood dream.  Our reader said that she loved this book and that there were many poignant moments. 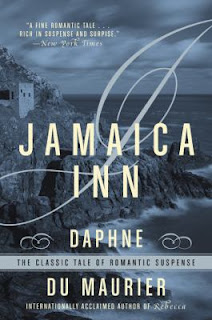 Jamaica Inn by Daphne duMaurier is the BPL Book Club’s pick for December, but our reader found the classic novel exhausting.  Set in 1832, young lady Mary Yellan is traveling to live with her Aunt Patience at the titular Jamaica Inn in Cornwall.  However, the crossing of the moors with everything black and raining distressed our reader.  Not every book is for every reader!  For a new selection every month, join the BPL Book Club on the 3rd Thursday at 6:00 p.m in the Frances E. Kegley Conference Room.
Posted by BPL Ref at 9:52 AM