Nevermore opened with Whipping Boy:  The Forty Year Search for My Twelve-Year-Old Bully by Allen Kurzweil which was described as “truth being stranger than fiction.”  At the age of ten, novelist Kurzweil  was sent away to a Swiss boarding school where he was terrorized by an older boy, leaving him with a life-long fixation about his tormentor.  As an adult, Kurzweil becomes determined to find the bully and to discover what became of him. As it turns out, the youthful tendencies did forecast adult behavior, as he finally encounters his bete noire who is, as it turns out, incarcerated. Our reader said it was about a sociopath who never took responsibility for anything.  It was a long book, but she persevered and finished it. 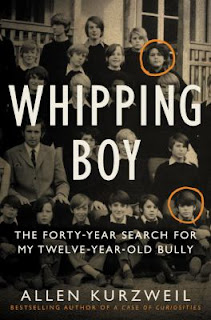 The next two books were both by Dr. William Wright, about his experiences as a doctor for those incarcerated.  The first title was Maximum Insecurity:  A Doctor in the Supermax, in which the good doctor is burned out at his current job and accepts one at a prison instead.  By the second book, he has moved to what he thought might be a lower-key position as Jailhouse Doc: A Doctor in the County Jail. Our reader described both books as “eye-opening” and both funny and frightening. Prison culture is definitely different, an almost surreal environment.  Both books were recommended. 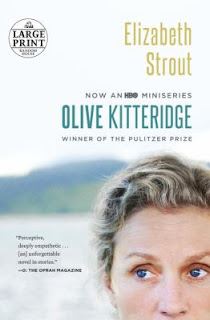 Olive Kitteridge by Elizabeth Strout was described as a fascinating collection of stories with common characters in each.  Olive, the central character, is teacher in the small town of Crosby, Maine, and while she could be described as “difficult,” she is also made human by the author’s insightful writing.  Our reader enjoyed the book greatly, and found herself surprised by the ending. 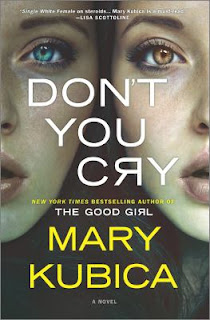 The next selection was a mystery thriller by Mary Kubica, a young author who burst onto the scene with the best-selling book The Good Girl. Her new title is Don’t You Cry, a riveting psychological thriller in which a young woman named Quinn discovers her roommate has gone missing, but has left behind a troubling letter and many unanswered questions.  Meanwhile, eighteen year old coffee shop employee Alex finds himself intrigued by mysterious new girl in town.  The story is told alternately from the points of view of both Alex and Quinn.  Our reader enjoyed the book as she had the two previous books by this author.  All are standalone novels.

Huck Scarry’s Aboard a Steam Locomotive:  A Sketchbook entranced another Nevermore member.  Scarry is actually Richard Scarry, Jr., son of the well-known children’s book author, and has continued some of his father’s work as well as branching out into his own interests.  This book contained beautifully detailed drawings of steam trains with information on the inner workings of such locomotives.  Our reader recommended it highly. 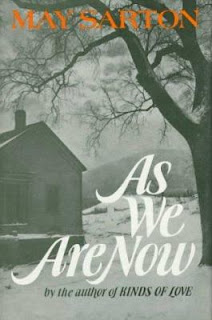 As We Are Now by May Sarton is the story of Caroline Spencer, an elderly woman who has been sent to a nursing home by her relatives.  There she is subjected to ill-treatment, humiliation, and cruelties to the point where she is nearly broken.  Our reader felt it was a very powerful book about an important topic.  She found herself extremely moved. 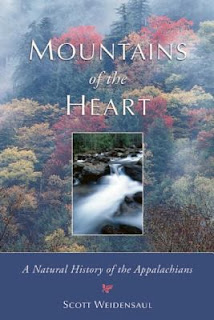 Mountains of the Heart by Scott Weidensaul is celebrating its 20th anniversary with a new edition.  It is considered a classic work about the natural history of the Appalachian Mountain range from Alabama to Newfoundland.  Weidensaul discusses the flora, fauna, and geology in a style both entertaining and informative.  Our reviewer pointed out that very little of the book is given to discussion of the peoples of Appalachia, other than to explain human related changes to the environment.  Another reader pointed out favorite sections, such as the discussion of the near demise of the American chestnut tree.
Posted by BPL Ref at 3:12 PM