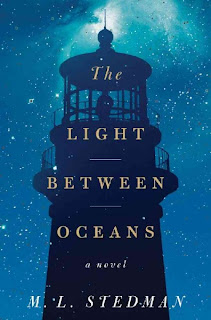 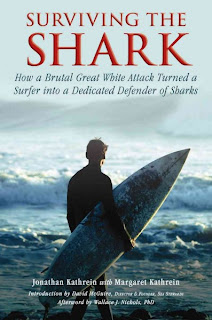 Jud brought in Surviving the Shark by Jonathan Kathrein who was just a teenager when he was bitten by a Great White.  While the book covers his traumatic experience and its aftermath, he also explains why he is a advocate for sharks today, trying to convince people that these amazing fishes need protection. By coincidence, Jeanne had brought in Close to Shore by Michael Capuzzo and Twelve Days of Terror by Richard Fernicola, both of which dealt with the infamous 1916 incident in which a shark swam up a river in New Jersey and attacked several people, some fatally.
On a lighter note, The Lighthouse, the Cat and the Sea by Leigh W. Rutledge features an elderly feline narrator who tells the story of her life starting from when she was a ship’s kitten, before she was swept overboard.   However, the story is really more about the humans in her life, from an animal-loving ship’s cook to the lighthouse keeper and her family to a widow who may find love again.  The setting is early Key West, which just adds to the charm.  Our reviewer thought it was delightful.
Posted by BPL Ref at 4:02 PM