YA books too good to miss!

Teen books aren’t just for teens anymore!  There have been a number of YA and children’s books which have attracted an adult audience:  Rowling’s Harry Potter series, Stephenie Meyer’s Twilight series and the gritty, realistic books by Ellen Hopkins. Teen Librarian Pam Neal joined the Nevermore Book to talk about some new teen books too good to miss: 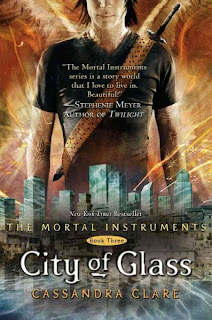 City of Bones by Cassandra Clare is the first in the “Mortal Instruments” series.  Clary is an average teenager living an average life until the night she witnesses an apparent murder except that the victim disappears.  She soon discovers that she’s seeing people no one else does, and that there’s a “Shadow World” all around us.  This new urban fantasy series has fans panting for the next installment; a movie is in the works.
Themes in fiction often follow real world events.  In the last few years, the news has been dominated by the rise and fall of governments as well as questions about the relationship between government and the governed so it’s not surprising that books in which people question the status quo are filling the best seller lists.  Hunger Games by Suzanne Collins has been the most successful so far, but here are two up and comers: 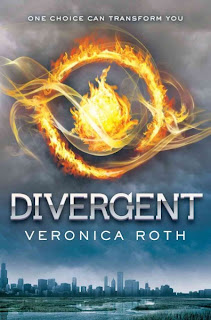 Divergent by Veronica Roth is set in a future society where people are divided up into factions.  At age 16, each person has to chose a faction and competes for the right to join that faction; the catch is that the person also remains there for the rest of his or her life—even if it means leaving your family behind forever.  As Beatrice struggles to find where she belongs, she also discovers that the “perfect society” may not be quite so perfect.
Can you imagine a world where love would be considered a disease?  Lauren Oliver does just that in Delirium.  Lena is perfectly content to undergo the operation that will cure her of deliria (love), and to have her occupation and husband chosen for her.  Then she meets a young man named Alex and her world will never be the same.  Oliver has won praise not just for her imaginative world, but for her lyrical writing. 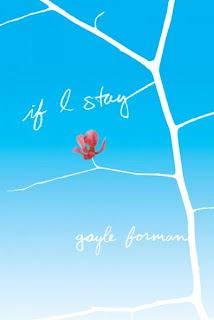 Just in case futuristic societies are not your cup of tea, there’s If I Stay by Gayle Forman about a young girl who suddenly becomes aware she is watching the aftermath of a horrific car accident—and she is one of the victims.  While her body remains in a coma, Mia considers her options and remembers her life with her family while she tries to decide if she wants to live or die.
Another member of Nevermore wanted to recommend some “children’s books” which adults love too.  Goodnight, Mr. Tom by Michelle Magorian tells the story of a young Londoner evacuated to the English countryside in the days before World War II.  Willie is a shy child, abused by his mother who is at first bewildered and overwhelmed by his new situation.  As he gradually bonds with his new guardian, Mr. Tom, he begins to blossom and Mr. Tom grows to love his charge.  After Willie is sent back to London, Mr. Tom becomes increasingly concerned when he doesn’t hear from the child.  Magorian does a wonderful job of portraying the relationship between a gruff old man and a frightened child as well as depicting England in the late 1930s.
There are a number of other wonderful children’s/YA books out there and we’ll spotlight some in future posts.  In the meantime, just ask Pam for other recommendations!
Posted by BPL Ref at 9:14 AM