Raven Report: Is the Past Ever Past? 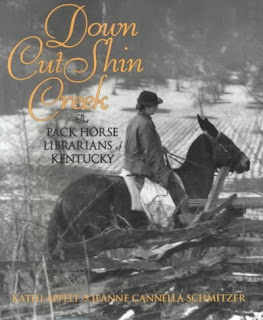 Down Cut Shin Creek: the Pack Horse Librarians of Kentucky by Kathi Appelt, is a fun book that captures the experiences of real librarians of the 1930’s in the backwoods of Kentucky.   This generously illustrated book captures Depression era Appalachia.  The WPA was a government backed program designed to rebuild the country and give people a chance to work.  Local Kentucky women were paid a meager salary to take books into isolated mountain areas.

1861: The Civil War Awakening by Adam Goodheart is a wonderful book that captures the hearts and views of the average American at the beginning of the Civil War.  Black.  White.  Slave and free man.  This is a real snapshot of the country at that time.  A very fitting book since this is the Sesquicentennial   of the Civil War.
Unbroken: a WW II Story of Survival, Resilience, and Redemption by Laura Hillenbrand.  While researching her earlier book,Seabiscuit, the author kept coming across the story of Louis Zamperini.  He was a 1936 Olympian who joined the air force in WWII.  His plane crashed into the Pacific where he became a POW of the Japanese.  Almost dead at war’s end, he struggled to make a life and had the courage to live it to its fullest. 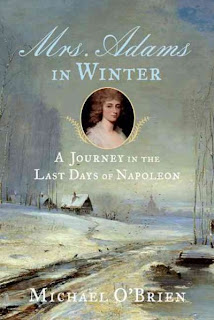 Mrs. Adams in Winter: A Journey in the Last Days of Napoleon by Michael O’Brien is the true story of Louisa Adams before she became First Lady to President John Quincy Adams.  It relates a segment of her life while visiting Russia and Europe in the aftermath of the Napoleonic wars.
The Nevermore Book Club meets every Tuesday at 11:00 A.M.  Join us if you like to talk about what you've read and enjoy book recommendations!  There is free coffee and doughnuts provided by the fabulous Blackbird Bakery!
Posted by BPL Ref at 3:59 PM