The Nevermore Book Club members were reading a wide variety of things this week, with fiction and non-fiction well represented.
Do you ever read author dedications?  Some are fairly self explanatory, while others bring up more questions than they answer.  Once Again to Zelda:  The Stories Behind Literature’s Most Intriguing  Dedications by Marlene Wagman-Geller explores the stories behind the dedications.  Some of the stories are immensely moving; others may give you a new appreciation of the book itself.  Along the same lines is Who the Hell is Pansy O’Hara? By Jenny Bond and Chris Sheedy , which tells the story behind the story of 50 famous books.  And yes, Pansy is quite a famous character--though not as Pansy. 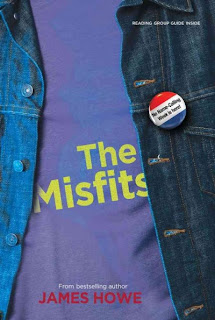 More and more, Young Adult books aren’t just for young adults.  The Misfits by James Howe is a YA novel  about four friends who are tired of being bullied who band together to run for student council on a no- name calling platform.  Booklist called it “a fast, funny, tender story” and it’s one that will resonate with readers young and old.
Last Cherokee Warriors:  Zeke Proctor, Ned Christie by Phillip Steele is the true story of two Cherokee men who ran afoul of the U.S. government.  Christie was accused of the murder of a US Marshall while Proctor is the only individual with whom the U.S. government signed a treaty.  Their story was the basis for the novel Zeke and Ned by Larry McMurtry. 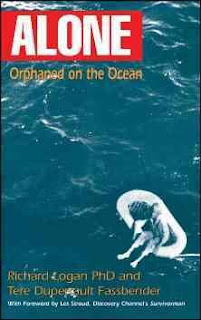 When Captain Julian Harvey showed up in a lifeboat with the body of a child and a tale of how a sudden squall sank his boat with all its passengers, there were few who doubted him.  He was testifying at the inquest four days later when word came that there was another survivor:  the eleven year old daughter of the couple who had rented the boat.  She was found clinging to a float, and her version of events was quite different.  Alone: Orphaned on the Ocean by Richard Logan and Tere Duperrault Fassbender is the incredible and inspiring true story of a young girl who survived the brutal murder of her family and days on the ocean.
Our reviewer called Ender’s Game by Orson Scott Card “a powerful book for the video game generation.” It’s considered a modern classic by many, and won the 1985 Nebula Award and the 1986 Hugo Award for Best Novel.  Ender is one of the gifted children chosen to attend Battle School  where he excels at the computer simulated war games, only to discover they aren’t games at all. 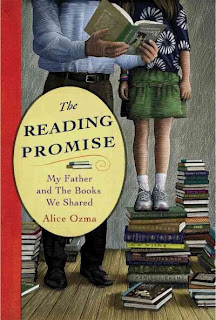 The Reading Promise  by Alice Ozma is the true story of a bond between father and daughter, forged over nights of reading together.  It started as a simple challenge for the two : to read together every night for 100 nights.  When that was accomplished, they decided to try for 1000 nights.  As it turned out, The Streak ran over 3000 nights, ending only when Alice left for college.  This lovely little memoir about books, growing up and the bond between father and daughter is a treasure.
Last but certainly not least is Eat, Pray, Love by Elizabeth Gilbert.  This too is a memoir of discovery, as one woman seeks to find contentment in her life by traveling to Italy, India, and Indonesia.  Each place contributes a piece of the  puzzle as she seeks balance in life between the worldly and the spiritual.  Our reviewer said, ‘This is a fantastic book!  Everyone on the planet should read this book!”
Posted by BPL Ref at 1:41 PM