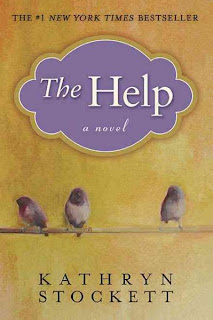 The Nevermore Book Club discussed stereotypes in literature, from the Grapes of Wrath to Uncle Tom’s Cabin to the new film and literary sensation, The Help.  The question also arose about the author:  does it matter if the author isn’t the same race or gender or from the same culture as the characters about whom he or she writes? And how do people from different societies and times react to the books?  (The British cover of The Help depicts two African- American women cleaning and taking care of a white baby.)
Fuzzy Nation by John Scalzi is a science fiction book for people who don’t really like science fiction.  Prospector Jack Holloway hits the jackpot when he finds a vein of extremely valuable gemstones on an alien planet but he finds something else, too:  small furry creatures who seem to be very bright. . . maybe even sentient beings, which would put the brakes on any mining operation there.  The book is very topical, perhaps even more so today than when H. Beam Piper wrote the original version  (titled Little Fuzzy) in 1962.  It’s a warm, sometimes funny book that can also be a bit of a tearjerker. 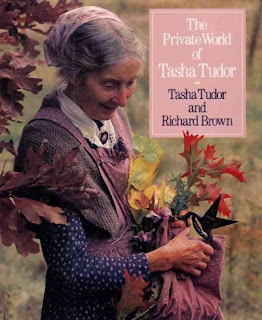 Tasha Tudor was a beloved illustrator of children’s books, known for her quaint, somewhat old-fashioned illustrations.  The woman behind the art was every bit as fascinating and intricate as her paintings.  She often said she believed she had lived before, in the 1830s, because she was so comfortable doing chores from that era.  She wore vintage dresses from the 1800s, ran a working farm where she milked goats, gathered eggs from her chickens, grew flax and wove linens, and cooked on a wood stove. The Private World of Tasha Tudor by Tasha Tudor and Richard Brown is a wonderful look at Tudor and her farm throughout a year.  Lovely photographs convey a woman and a place that time seemed to have forgotten.  Tudor herself is a strong, practical, no-nonsense sort who adores her Corgi dogs and is a keen observer of the natural world.  Many of her nature studies appear in this book.  The Tasha Tudor Cookbook also features her wonderful illustrations as well as practical commentary and, of course, old fashioned recipes for things like Yorkshire pudding and cornbread.  As you might imagine there’s not a single recipe that calls for margarine or egg substitute.
From Slave to Priest: A Biography of Augustus Tolton by Sister Caroline Hemsath is the inspiring story of the first American known black to be ordained a Catholic priest. (The wording is because the Healy brothers were ordained but were of mixed race and identified themselves as Irish.) As the title suggests, Father Tolton was born into slavery, but escaped to the North with his mother.  His father had already gone North and joined the Union forces. The family had been baptized into the Catholic faith and an Irish priest offered to let the boy attend parochial school, a somewhat unpopular decision with some of the parishioners.  Eventually Augustus was sent to Rome to study, which he found to be an amazing experience.   Our reviewer was quite intrigued by this biography. It’s a timely book as well, since the Catholic Church as just begun to examine Father Tolton’s life as the first step toward possible sainthood.
If you’d like to join us at the Nevermore Book Club, just be at the Frances Kegley Conference Room on any Tuesday at 11 am.  Coffee is provided and the doughnuts are from the fabulous Blackbird Bakery!
Posted by BPL Ref at 4:50 PM

Email ThisBlogThis!Share to TwitterShare to FacebookShare to Pinterest
Labels: From Slave to Priest: A Biography of Augustus Tolton, Fuzzy Nation, Tasha Tudor, The Help