The June 21 Nevermore Book Club had a distinctly historical flavor! The recent discussion of the new biography of Andrew Johnson had apparently inspired some members to read some fictional treatments about the Civil War: 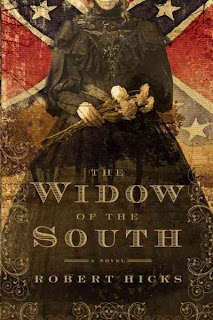 Widow of the South by Robert Hicks is a novel based on a true event.  At the Battle of Franklin, 1864, over 9000, both Union and Confederate, lay dead.  Rather than have bodies plowed under, Carrie McGavock had nearly 1500 Confederate dead buried on her farm.  Told from several different points of view, including a Confederate sergeant and a Union lieutenant, this well reviewed first novel tells one of the many fascinating human stories of the war. 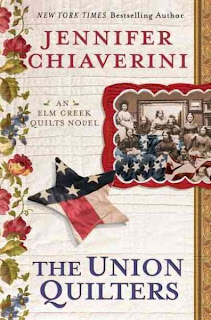 Jennifer Chiaverini's Elm Creek Quilters series has won her a legion of fans among both quilters and the sewing- challenged.  Several of her novels have had Civil War themes as does her newest, The Union Quilters.   Set in Pennsylvania, it follows the stories of a group of women whose men have gone South to fight, leaving their women to support each other during times of loneliness and hardship. 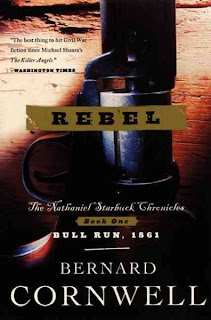 Bernard Cornwell is well known for his historical novels, including the Sharpe series which was set during the Napoleonic Wars and was turned into a television series.  He's also done novels set in other times and locations, including The Warlord Chronicles which is set in  Britain in King Arthur's time, The Grail Quest set in 14th century England and France, The Saxon Chronicles of King Alfred's day,   and  The Starbuck Chronicles, which is a Northern who goes to Virginia to fight for the South during the Civil War. 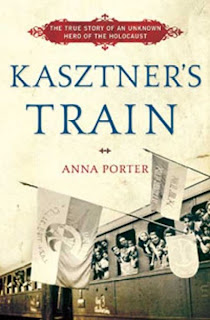 Last but certainly not least was Anna Porter's nonfiction work,  Kasztner's train: the true story of an unknown hero of the Holocaust.  Based on interviews with survivors as well as previously unpublished documents, Porter tells the story of a Hungarian Jew who managed to save thousands, yet was later accused of being a Nazi collaborator because of his dealings with some high level Nazis.
Posted by BPL Ref at 7:10 PM