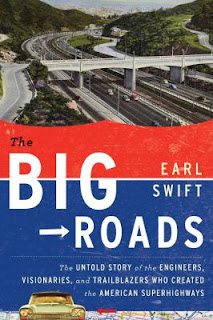 The Big Roads by Earl Swift was the first book reviewed at Nevermore this week. It told the fascinating story of the people who created America’s super highways. The idea was actually conceived by engineers in the 30’s, long before Eisenhower even knew the plans existed. What is astounding is that the country was building the interstate system at the same time that they were working on going to the moon! These roads changed the face of our country, destroying mass transit in some areas, and breaking cities apart, especially in low income areas. No matter how you feel about the interstate system, there are certainly pros and cons to any type of progress. The reader found this to be a good, informative book that she greatly enjoyed. 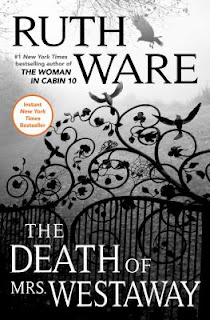 The Death of Mrs. Westway by Ruth Ware tells the story of Harriet (Hal), a young fortune teller who is in debt to a loan shark and needs money quickly. When she receives a letter that she has received a substantial inheritance from her Cornish grandmother, she jumps at the chance—even though her own grandparents died more than twenty years ago and she feels sure it must be a mistake. Consequently, she makes a choice that will change her life forever. The reviewer felt this psychological thriller was a good book and easy reading. She found it similar to the writings of Agatha Christie. 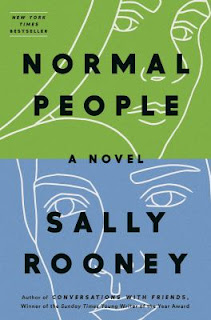 Our next reviewer didn’t really like Normal People by Sally Rooney. This novel tells the story of two young people who are exact opposites. They get together in high school where Connell is popular, though poor, and Marianne is unpopular, though rich. His mother, in fact, cleans her mother’s house. In college, their destinies shift. She comes into her own, while he slips into the shadows and struggles to find his place. Throughout the story, they part and come back together repeatedly, neither seemingly able to resist the pull of the other for any length of time. As time passes, Marianne becomes more and more self-destructive while Connell begins to look for meaning elsewhere. The question being how far will they each be willing to go to save the other? 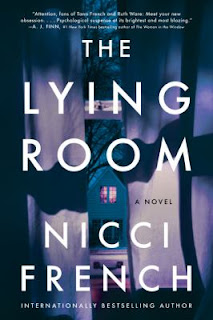 Nicci French’s The Lying Room was a really good book. Neve Connolly, bored with an overworked husband and increasingly distant children, decides to have an affair. What could have been a brief indiscretion becomes something much more sinister, however, when she arrives back at the location of her tryst the following morning to find her lover murdered. Panic sets in and she proceeds to scrub away every trace of herself from the scene. What did she forget, and if she didn’t kill him, who did? The reviewer felt this book did a good job of showcasing how events from your past can affect your future. 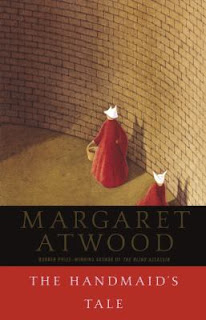 The next book has been read by most of the members of Nevermore, but there are many varying opinions. This week’s reviewer didn’t enjoy The Handmaid’s Tale by Margaret Atwood. She felt that the story of Gilead, a totalitarian regime that enforces rigid social rules and enslaves its few remaining fertile women, was unrealistic and could never happen. Because of this, she didn’t feel it was scary at all. Many of the other women felt it was entirely believable, and therefore, terrifying. 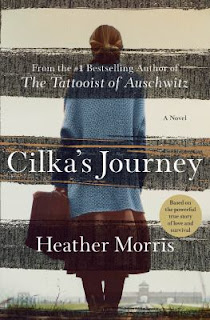 Cilka’s Journey by Heather Morris is based on the life of Cilka Klein. In 1942, at the tender age of 16, she was sent to Auschwitz. Due to her beauty, she was soon claimed by the officers in the camp, and as a result, was treated better than most of the general population. After being released, she was charged as a collaborator (though she had no choice in the matter) and sentenced to 15 years for sleeping with the enemy. Arriving in Siberia to serve her sentence at the age of 18, she meets a kind female doctor who takes her under her wing and Cilka begins to serve by helping to treat the sick. This is a book of courage, resilience, and the inherent will to survive. The reviewer enjoyed it very much. 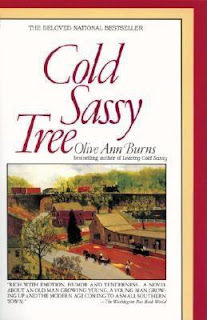 An older, and very popular novel, Cold Sassy Tree by Olive Ann Burns was greatly enjoyed. Most of the members had read, and liked, this book, though few could remember details of the story. Set in 1906 in the south, the story is narrated by the 14 year-old grandson of E. Rucker Blakeslee, proprietor of the local general store. Mr. Blakeslee has the audacity to elope with Miss Love Simpson three weeks after the death of his wife. In addition to being half his age, Miss Simpson also happens to be a Yankee! This delicious scandal is the talk of the town and keeps tongues wagging for the remainder of the summer. This book is a light, hard to put down offering that all should enjoy. 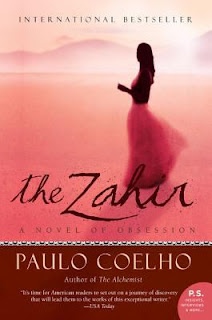 The next reviewer loves all of Paulo Coelho’s books and The Zahir was no exception. This particular book explores the life and obsessions of a famous author who began his life in reduced circumstances. Left independent at an early age, he worked a variety of menial jobs before finding fame and fortune. He and his wife, a journalist who becomes a war correspondent, have an open marriage. One day, however, she disappears with her current “friend” on what she says is an assignment. Taking only a few possessions, some money, and her passport, she doesn’t return. Her husband (the narrator) is frantic to find her, yet comes under suspicion himself. She becomes his Zahir, something that once seen or touched cannot be forgotten and his love and search for her becomes his obsession. The reviewer says the book is awesome!

Son of the Wilderness: The Life of John Muir by Linnie Marsh Wolfe won a Pulitzer Prize in 1946. The book was commissioned by his daughters to commemorate his life. Mr. Muir lived a life of controversy, but became a legend. In addition to helping found the Sierra Club, he was a preservationist who helped convince Theodore Roosevelt to preserve land through the park system. This book includes his early years growing up under an extremist religion where his father forced him to memorize only the Bible. He worked hard on the family farm and had little time for anything else. When the opportunity presented itself, he began to whittle inventions and developed a method for starting fires on a timer. This book had voluminous writing with beautiful photos and illustrations, some from Alaska that he actually drew. The reviewer enjoyed reading this account of John Muir’s inspiring life. 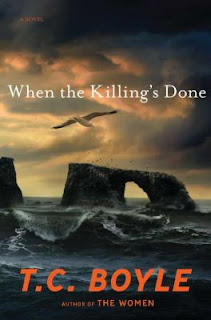 Our last review was for When the Killing’s Done by T. C. Boyle. Mr. Boyle is a recipient of the Thoreau Prize for his body of work on the subject of nature. This novel, set in The Channel Islands off the coast of California, tells of the increasingly angry and out of control battle between two groups with vastly differing opinions regarding the preservation of wildlife. A National Park biologist wants to save the island’s endangered native creatures from invasive species of rats and feral pigs, but is met with violent opposition by a local businessman. He and his folk singer girlfriend are adamantly opposed to the killing of any species. The underlying question presented is who does have possession of the environment and the creatures who share our planet? The author doesn’t give a definitive answer, but puts the reader in a position to decide. Our reviewer was disappointed in this book as she felt it focused more on human nature than on nature itself.
Posted by BPL Ref at 8:58 AM