Nevermore: 127 Hours, Smoke Gets in Your Eyes, Chestnut Man, On Mystic Lake 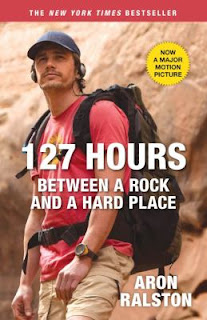 Nevermore opened with a report on 127 Hours: Between a Rock and a Hard Place by Aron Halston which details Halston’s incredible six day ordeal with his hand wedged between rocks in an isolated canyon.  No one knew where he was; there would be no rescue party.  With inadequate clothing and supplies, he couldn’t wait to be found.  He had to take a desperate action to save himself.  Our reviewer said that the book covered a good bit of Halston’s life before his ill-fated trek and she found it all to be very interesting and thoughtful.  She watched the movie based on the book as well and enjoyed both.  She did warn us that it was all more than a bit nerve-wracking at times. 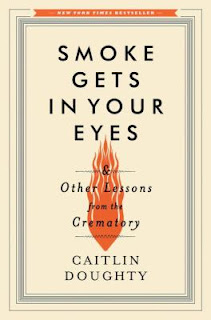 The next book up was Smoke Gets in Your Eyes:  And Other Lessons from the Crematory by Caitlin Doughty. The author is a licensed mortician who is very frank about what happens to bodies after death.  The embalming process is described in detail and it is “horrible,” but our reviewer said the book is excellent.  Doughty is witty but respectful; and while it is a difficult subject, it’s one everyone will have to face at some point whether for pre-arranging a funeral or making arrangements for a departed loved one. Many times people agree to funeral details without fully understanding what they are choosing. 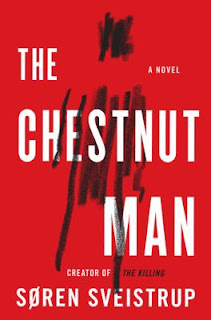 Soren Sveistrup’s thriller The Chestnut Man features a serial killer who leaves a figure made of chestnuts and matchsticks at the scenes of his crimes.  Police detectives Thulin and Hess are sent to investigate, but complications soon arise.  A fingerprint found on one of the figures is matched to a child who was murdered a year earlier. Our book club members are very fond of “Nordic Noir” so this psychological thriller was quickly snapped up by another reader. 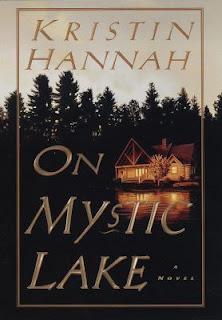 On Mystic Lake was Kristin Hannah’s debut hardcover book.  The story revolves around Annie Colwater who becomes an empty nester when her only child leaves home to study abroad.  Shorter thereafter, Annie’s husband confesses he’s in love with another woman, so Annie flees to her hometown of Mystic to try to start anew.  Our reviewer said it was good, but confessed she was a bit disappointed.  She loved Nightingale by the same author and this book just did not measure up.
Posted by BPL Ref at 9:00 AM