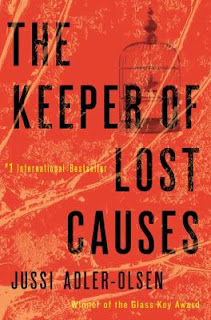 Nevermore loves a good mystery, and Nordic noir often tops the list.  The Keeper of Lost Causes is the first in the Department Q series by Jussi Adler-Olsen.  Carl Mørck is working through cold cases in the Copenhagen police files when he finds a missing politician who is presumed dead, may not be dead after all.  Our reader found that the series is fun with some humor, and considers the English version a very good translation.

This cold weather has Nevermore thinking of even colder places, such as the Arctic Circle.  One reader discussed a piece of non-fiction for young readers, Ann Bancroft: On Top of the World by Dorothy Wenzel.  In 1986, this Arctic explorer was the first woman to travel to the North Pole by dogsled.  Our reader also noted that this was Ann without an E, not the Anne Bancroft who took off her stockings in front of Dustin Hoffman. 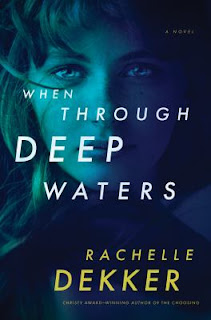 When Through Deep Waters by Rachelle Dekker proved to be entertaining.  Alicen McCaffrey is a mother who endures a terrible tragedy and then retreats to a mountain sanctuary with an old friend in an attempt to recover.  Even in the solitude of nature, Alicen’s guilt and sorrow make her question her own reality.  Our reader said that this book seemed to go on forever, but was well worth reading. An East Tennessee fiction book made an appearance with Quiver by Julia Watts.  Set in rural Tennessee (our reader noted that it seemed to be near Johnson City,) two teen girls become unlikely friends.  Libby is the oldest in a strict fundamentalist Christian family with five (soon to be six) younger siblings.  Zo is a new neighbor, the only child of a far more liberal family.  The girls find an instant connection although the clash of familial cultures has outcomes much more serious than either would have thought. 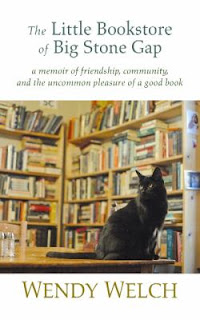 Traveling just an hour or so northward, our next reader picked up The Little Bookstore of Big Stone Gap: A Memoir of Friendship, Community, and the Uncommon Pleasure of a Good Book by Wendy Welch.  Wendy and her husband Jack were two outsiders who moved into a Southwestern Virginia small town and over time became a valued part of the community with their used bookstore.  Our reader exclaimed that she absolutely loved the book. 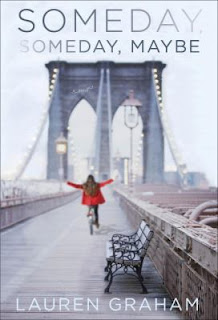 Finally, another reader picked up Someday, Someday, Maybe by Lauren Graham.  This novel by the actress best known for her role as Lorelai Gilmore in the Gilmore Girls is a somewhat autobiographical retelling of her own early working life.  Franny Banks is just about to give up on her grand three-year plan of living and working in New York when her dreams finally seem to be coming true.  Our reader found this a rather light book, but endearing.
Posted by BPL Ref at 4:28 AM