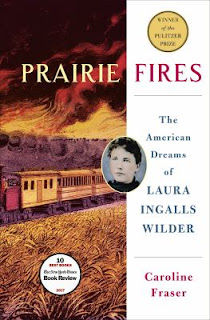 Laura Ingalls Wilder’s story continues to fascinate after all these years.  Prairie Fires: The American Dreams of Laura Ingalls Wilder by Caroline Fraser is a well-written, thorough biography of Wilder which uses various documents and accounts to shed light on the Little House books.  Real life conditions of the time were often much harsher than the books indicate.  Our reader remarked that the misuse of the land played a significant role in the hardships of the time, and that the book did deal with the treatment of Native Americans in that era.  The author also discussed the controversy about the books’ authorship:  was it really Laura or was it her daughter Rose who wrote them?  Our reader felt it was an entertaining book, but thought there was more to be discovered about Laura. 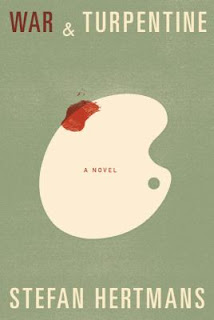 Dutch author Stefan Hertmans also wrote a book of biographical fiction, War and Turpentine, about his grandfather, an artist who was forced to become a soldier during World War I.  Using his grandfather’s journals as a starting point, Hertmans imagines Urbain Martien’s life and juxtaposes it against his own.  Our reviewer said it was enthralling, and compared it to The Red Badge of Courage for its depiction of war. The book does ask the question, “Why do we fight?” It’s beautifully written and is highly recommended. 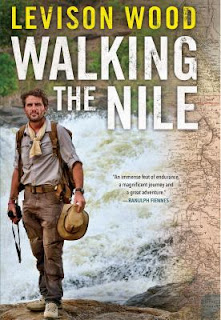 Walking the Nile by Levison Wood is the story of one man’s trek the length of the Nile—all 4250 miles of it, the first person to do so on foot.  The Nile runs through Egypt, Uganda, South Sudan, Sudan, and Rwanda meaning that Wood traveled through forests, deserts, and jungles. It was a dangerous journey; not only because of crocodiles, hippos, cobras, but some of the areas were also active war zones.   Wood, a British veteran of Afghanistan, gives a brief history of each place but also talks to some of the current inhabitants.  Our reader said he made a hunky guide (there are photos) and greatly enjoyed the tour. 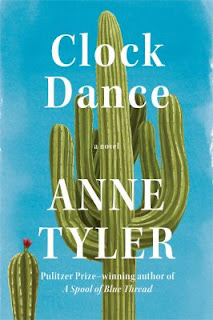 Our next reader had praise for Anne Tyler’s Clock Dance.  The story begins with a young girl named Willa who grows up in a dysfunctional family, attends college, marries, has children and becomes a widow. Remarried but neglected, Willa comes to the rescue when her son’s ex-girlfriend Denise calls for help after an injury incapacitates her, leaving her young daughter with no one to care for her. Tyler’s characters are usually people the reader can relate to, said our reviewer, and often overlooked women.  She saw the book as addressing how we deal with time after a loss, and she recommended Clock Dance and Anne Tyler books in general. 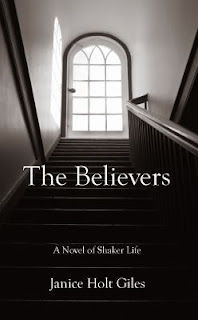 Finally, a Nevermore member has been reading the novels of Janice Holt Giles, an author best known for her historical novels.  The Believers was originally published in 1957 and is the third novel of the “Kentucky trilogy.” Set in the 1800s, Richard Cooper and his wife Rebecca seek comfort after the death of their baby.  They join the Shakers, a religious community in which men and women lead separate lives. Richard finds spiritual solace, but Rebecca is determined to try to bring her husband back into the world.  Our reader has been enjoying Giles’ books for their attention to historical detail and said this one provides ample information on the Shakers.
Posted by BPL Ref at 9:47 AM