The Astronaut from Bear Creek by Nick Allen Brown 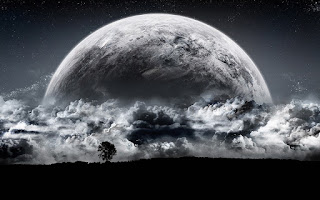 Jim Mayfield is a recluse and a retired astronaut. He lives alone in the inn his parents ran, a once thriving business, in the small town of Bear Creek, Pennsylvania. He is an enigma to the town, and few have seen him.

The book begins with jarring detail of a drugged, drunken, well-fed couple, and a fiery accident that claims both their lives. They leave behind, left alone at home, a nine-year old niece, abandoned by her mother, who lost a leg due to infection. Accustomed to fending for herself, Abbey has found breakfast and maneuvered herself to the school bus.

Jim’s sister Mallory is a social worker. Once the accident victims are identified, Mallory is charged with finding a home for Abbey. Trouble is, the local orphanage is closing, and all approved foster homes are at capacity. Wilkes-Barre is fifteen miles away and has an orphanage, but Mallory wants to keep Abbey local. She has lost enough.

Another complication. NASA needs Jim. He has not been idle during his period of withdrawal from society. While spending much of his time handcrafting rocking chairs, he has also written textbooks and continued his scientific research. He has unique knowledge of seals on the International Space Station, knowledge that is needed.

In a seemingly unrelated story thread, Kelly Ann White, the pregnant wife of a Staff Sergeant recently killed in action, comes to Bear Creek for her husband’s funeral.  She collapses at the funeral and awakes to find herself hospitalized, having miscarried.

In this complex tale, these forces converge at the now-closed Inn, against Jim’s will, surely, but there they are. Orphans and foster children can legally be housed in licensed inns; Jim’s still is. Kelly Ann is weak and must have a place to stay; there is nothing else. NASA and its representatives are at Jim’s door, requesting an audience to hear their proposal.

The tale takes some curious twists. The ending is not exactly what one might expect. Despite a few typos and the fact that I occasionally became impatient with either story line or lack of progress, I enjoyed the book and cried buckets.

The author lives in Kentucky, thus can be called regional. This is his second book. It has not gained widespread attention but should. I look forward to reading his first effort, Field of Dead Horses.
Posted by BPL Ref at 8:58 AM