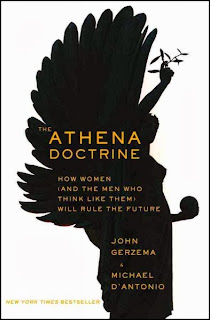 Jud began an intense discussion of changing gender roles by mentioning The Athena Doctrine: How Women (And the Men Who Think Like Them) Will Rule the Future by John Gerzema and Michael D’Antonio.  These two male authors surveyed 64,000 people in thirteen countries and discovered that two thirds of all surveyed thought the world would be improved if men approached life more like women.  Examining attributes that are traditionally perceived to be either masculine, feminine, or neutral, the authors analyzed the opinions of the survey respondents and then wrote each chapter about a particular country or group of countries.  Most of the Nevermore members concurred with the premise that societies that enable women will have more success in the future. 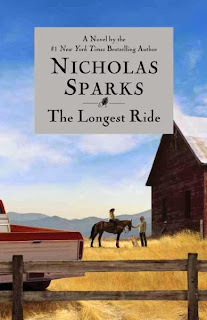 One Nevermore reader was pleasantly surprised by The Longest Ride by Nicholas Sparks.  This is the intertwined story of two men:  ninety-one year old Ira Levinson, trapped in his car after an accident; and a young rodeo rider named Luke.  While waiting for help, Ira hears his dead wife, Ruth, encouraging him and reminding him of events in their life together.  When Luke is injured, he also is encouraged by college girl Sophie.  Set around Wake Forest, North Carolina, readers are treated to the flavor of this region.  Although there are two distinct story lines, Sparks manages to weave them together by the conclusion of the book.  Our reader enjoyed this book and said she did not find this book as “fluffy” as most of Sparks’ other books. 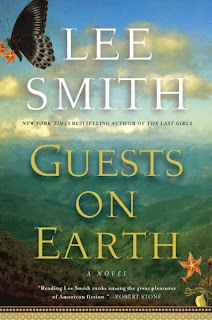 Another reader is currently involved in Guests on Earth by Lee Smith, a novel set in an Asheville, North Carolina mental institution in 1936.  Thirteen-year-old Evalina Toussaint meets and is influenced by the Highland Hospital’s famous patient, Zelda Fitzgerald.  Our reader said this was a commentary on the very different kind of treatment provided for mental illness in the past. 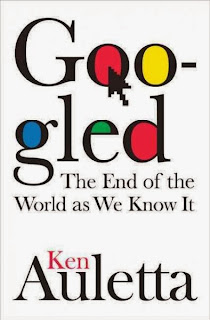 Another non-fiction read was introduced by Jud was Googled: The End of the World as We Know It by Ken Auletta.  This book has an emphasis on artificial intelligence and specifically how Google has risen to be a powerful influence in how we all find information, as well as how Google has managed to make itself profitable through a new model of advertising.  Discussion included comments on how sometimes you need a human being to help you find a more obscure, but more relevant, result.

Reported by Kristin
Posted by BPL Ref at 10:34 AM