ARGO: Worth the Trip to the Theater 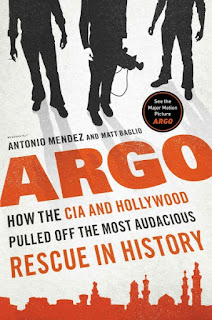 Antonio Mendez is a CIA operative whose area of expertise is “exfiltrading” people from ugly situations. He has to plan and then lead missions to extract people important to the US government. It is a job that few know about, no one in the CIA acknowledges and yet it is one of the most dangerous positions for a CIA operative. Sounds like the hero of a spy novel, doesn’t it? Mendez is someone who could have been invented by Robert Ludlum, but he is real and so were his missions.

In 1979 Iranian militants seized the American embassy in Tehran. Fifty-two Americans were taken hostage and held for 444 days. Six Americans escaped from the embassy before it was seized and eventually were hidden in the Canadian embassy. After months of dithering around with bad plans to save the six “houseguests,” the CIA turned to their top extraction man Mendez. Working with the governments of Canada, New Zealand, and Great Britain, Mendez devised an ingenious plan and brought out the six Americans. To protect the remaining hostages, the United States kept the role of Mendez and the CIA secret. Canada was credited with the save. Clearly without the courage of the Canadian Ambassador and his wife, the Canadian government, and a few Iranians who helped pull off the extraction, the Americans would have been executed as spies.

Why the short and not very thorough history lesson? "Argo" tells the story of Mendez and his mission in a taunt, often funny, always tense movie that is well worth a trip to the theater. Ben Affleck does a superb job as director and star of "Argo", and he along with George Clooney and Grant Heslov were producers of the thriller. I have never been much of an Affleck fan but his handling of this topic and this movie is top notch.

Plan after plan to rescue the hostages has been discarded as unworkable. Mendez finally has a flash of inspiration. He will be the Canadian producer of the movie ARGO , a cheesy science-fiction film with a “Middle Eastern vibe, “and go to Iran to look for locations for the filming. The six Americans, using Canadian passports will leave the country as his film crew. John Chambers (played by John Goodman) , the Oscar-winning Hollywood make up icon has worked with Mendez before so he is enlisted to help set up a fake movie production company. He brings in Lester Siegel (played by Alan Arkin) to help, and ARGO is on its way.  When the higher ups in the CIA and the State Department question Mendez on his plan, he tells them all the plans are bad, but ARGO is the best bad plan they have.

Using Tony Mendez’s The Master of Disguise: My Secret Life in the CIA and Joshuah Bearman’s Wired  article “Escape from Tehran” as his sources, screenplay writer Chris Terrio has done an enthralling retelling of the hostage crisis. Using actual television news footage extensively to keep the timeline focused Terrio balances the story between what is happening in Tehran and Washington, DC. The politics of the situation is always there, as is the fear that begins to fray the nerves of the six “houseguests.” I have to say that even though I knew how the story ended, I was literally sitting on the edge of my seat muttering, “Hurry! Hurry!”

While the screenplay is not totally factual it tells a story of conflicts—those between countries, religions, people, and even agencies in Washington, DC.  It also shows what good things can happen when we can reach out to work together to make good things happen.  I expect to see "Argo" nominated for an Oscar for Best Picture and it so deserves it. 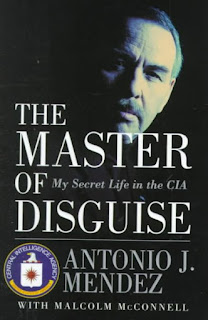