Many cozy mystery series now have a theme to draw folks in, such as a particular hobby, recipes, or occupation.  It’s a way of quickly drawing readers in to a shared world.  The quality varies, depending on the author; some of these series are ideas from the publisher instead of the author, too.  Here are some with a Scottish or Scottish American theme: 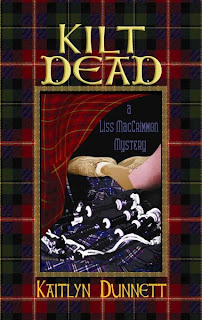 If things Scottish intrigue you, try the “Liss MacCrimmon Mystery Series” by Kaitlyn Dunnett.   Liss was a professional dancer in a troop that traveled about performing traditional reels, Highland flings, jigs—“Like Riverdance, only Scottish” as Liss explains it.  The first book is Kilt Dead, in which Liss is trying to comes to terms with the loss of her career after a devastating knee injury. She agrees to go back to her home town of Moosetookalook, Maine to manage her aunt’s Scottish store while her aunt takes an extended trip. She thinks that will give her time to decide what to do with her life, now that dancing is no longer an option. She doesn’t count on finding a dead customer under a bolt of plaid material.  The writing is even and entertaining, and a genuine love of things Scottish comes through.  There’s a touch of romance with a former classmate who always loved Liss but thought her out of reach. My trouble was remembering that the setting was Maine, since I kept thinking of the Grandfather Mountain Games and all the Scottish shops in Linville.  Other books in the series include Scone Cold Dead, A Wee Christmas Homicide, The Corpse Wore Tartan and Scotched.  You don’t have to read these in order. 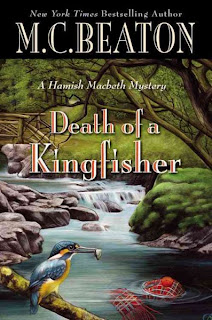 If you would prefer a real Scottish mystery, try the Hamish McBeth series by M. C. Beaton.  Hamish is the village policeman in Lochdubh, a village in the Highlands known for its fishing.  Hamish keeps some livestock, grows some vegetables, and occasionally poaches a salmon to supplement his wages.  He’s unambitious but his curiosity more than makes up for that.  His goal is to keep the peace.  The books are a bit off- beat and quirky, so it may take more than one to adjust to the tone.  The first title is Death of a Gossip and while you don’t have to read them in order, there is a bit of character development that makes it a bit more enjoyable if you do.  There are 28 titles in the series so far, with the latest being Death of a Kingfisher.  (Note:  Beaton also writes the Agatha Raisin mysteries; under the name Marion Chesney, she writes historical novels.) Doris has just read Kingfisher and her review will be posted soon. 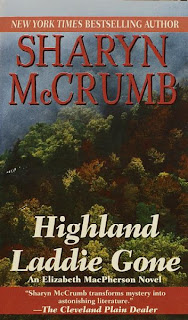 Highland Laddie Gone by Sharyn McCrumb is an older title with a Scottish theme, but it remains a personal favorite.  Before the Ballad series, McCrumb wrote a series of mysteries with Elizabeth MacPherson, an anthropology student and Anglophile.  The series was light and fun, though the tone gradually grew more serious. The settings were usually in the southwest Virginia area.  In Highland Laddie Gone, Elizabeth and her cousin Geoffrey are attending a Scottish Heritage festival, an activity which Elizabeth embraces wholeheartedly while her cousin is less enthused.  Add to the mix a real Scotsman who finds the whole thing bewildering at best and insane at worst, and you have one very funny mystery.  It's been several years since I read it, but the memory lingers on delightfully as one of the few mysteries that made me laugh aloud.  McCrumb did another Scottish book, Paying the Piper, which was set on a remote Scottish island and was more serious. McCrumb has apparently ended the series in favor of the Ballad books and novels about NASCAR. She may have earned more acclaim for these latter books, but I still miss the early MacPherson style.
Posted by BPL Ref at 9:23 AM