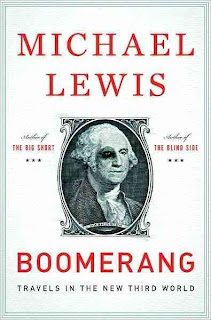 Finances tend to be a bit of a topic around December, as folks decide what their budget for gifts should be and whether or not to blow those budgets.  The Nevermore Book Club went one better by taking a look at national global economics, courtesy of the books Boomerang: Travels in the New Third World and The Big Short:  Inside the Doomsday Machine, both by Michael Lewis.  The latter book examined the background of the 2008 economic downturn in the U.S., while Boomerang has more of a global perspective.  Lewis is one of those authors who can take complex subjects and make them not only understandable but readable. . . and even funny.  He’s also the author of The Blind Side, basis for the Sandra Bullock movie of the same name, as well as Moneyball, which was made into a movie with Brad Pitt. 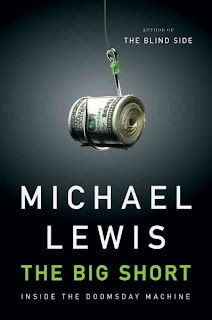 Thomas Friedman’s That Used to be Us discusses the challenges the United States faces in order to remain a world leader, including globalization, deficits, and the information revolution.  This book was considered a good one, but not exactly riveting.
Of course, this wasn’t everyone’s cup of tea; or as one club member put it, “Who needs Ambien when we have economics?” 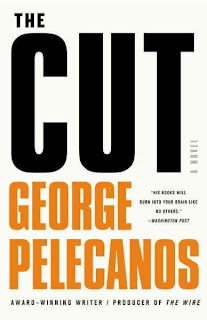 The antidote to that was a recommendation for George Pelecanos’ new book The Cut, the first in a new series of thrillers about Iraqi war veteran Spero Lucas who specializes in recovering stolen property, no questions asked. The only requirement is that Lucas gets a flat 40% of what is recovered.  He accepts an assignment from a marijuana dealer to recover some missing shipments of product, but soon learns that the personal toll may be too great to pay.   Pelecanos was a writer on “The Wire,” where the city of Baltimore was so vividly portrayed that it was almost a character itself.  The Cut is set in Washington, D.C., another city Pelecanos knows and describes well.
Posted by BPL Ref at 11:44 AM

Email ThisBlogThis!Share to TwitterShare to FacebookShare to Pinterest
Labels: Big Short, Boomerang, George Pelecanos, Michael Lewis, That Used to Be Us, The Cut, Thomas Friedman