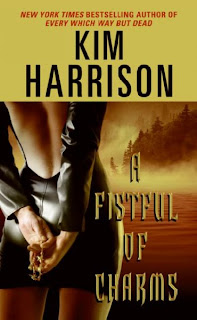 The supernatural/paranormal genre has really taken off in the last few years, fueled in part by the success of Stephenie Meyers' Twilight series.  We have some brochures at reference with suggestions of other authors and series you might enjoy.  Here are two:
Kim Harrison
Harrison's best known work is  "The Hollows," an urban fantasy series.  Detective and  witch Rachel Morgan solves mysteries with the help of Ivy, a vampire, and Jenks, a pixie. Elves, demons, trolls, and other supernatural beings appear as well.

She has a young adult series starring Madison Avery whose high school years are made a little more difficult once she's dead.
Note:  Harrison's real name is Dawn Cook.  She began her writing career under that name, writing romance books. 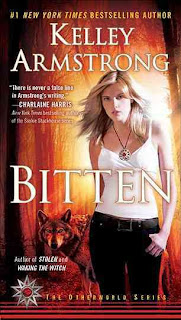 Kelley Armstrong
Armstrong is a Canadian writer, best known for her "Women of Otherworld" series. She began writing at and early age, and her stories had a fantasy twist even then.  She has also written mysteries and is doing a teen paranormal series.
"Women of the Otherworld"
The stories are narrated by different characters, including a werewolf, a witch and a ghost.  Armstrong has been praised for her characterizations and imaginative backgrounds for her characters.

"Darkest Powers"
This series revolves around Chloe, a fifteen year old who is able to communicate with the dead.  Her claims get her institutionalized, but it seems that the other teen inmates also have unusual powers.