Nevermore has been meeting through Zoom and it is a great pleasure to see these lovely lady’s faces each week during this difficult time in our country. 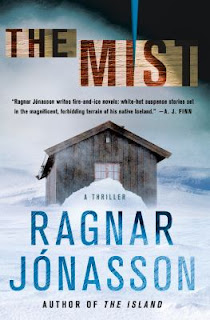 Our first book came highly recommended -- as a matter of fact, I immediately put a hold on it so I could read it, too!  The Mist by Ragnar Jonasson is set in Iceland during one of the coldest days of the year. It’s Christmas Eve and a couple are busily preparing for their traditional celebration. Living in the middle of nowhere with snow up to the roof, a knock on the door is highly unexpected. As the husband opens the door, a man falls into the room. The husband helps him up and welcomes him in, but the wife gets a bad feeling. The man has already passed her daughter’s house to come to theirs. Neither has phone or electricity at present, but she knows her daughter has candles in the window. Why did he fight the storm to continue to their house? From here the mystery unfolds and it is a very good book. An added plus is that the print is easy to read and the story keeps you interested throughout.

Late Migrations by Margaret Renkl is a memoir with stories from the life of a NY Times writer. The reviewer found it sweet and touching and enjoyed it so much that she had to buy it. That’s about the highest recommendation anyone can give! The book contains numerous stories, including her early family life, that are sometimes humorous and highly recommended. 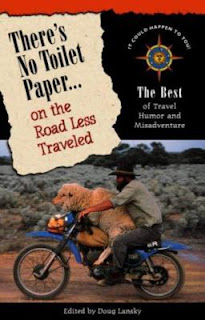 The next book, unfortunately, did not come recommended. There’s No Toilet Paper on the Road Less Traveled is a collection of funny travel stories edited by Doug Lansky. The reviewer got about ¾’s of the way through before giving up and only reading the stories by the authors she recognized. She did enjoy those, some of which included Dave Barry and Bill Bryson, among others. 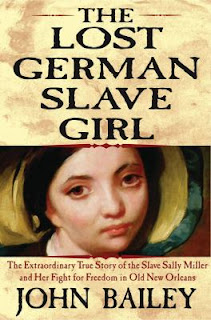 The Lost German Slave Girl by John Bailey is a phenomenal history of mid-nineteenth century New Orleans and North Carolina. The case the title refers to is a well-documented true story of a German immigrant with olive skin who is forced into slavery. The title is somewhat misleading, as this is not the only case focused on in the book, but it is captivating reading with some incredible quotes from the judges involved. Definitely recommended! 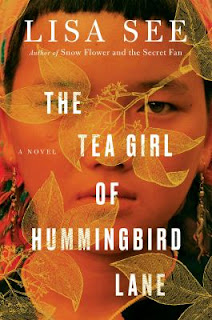 The Tea Girl of Hummingbird Lane by Lisa See is a very interesting book about a culture foreign to most of us. The reviewer loves this Chinese American author’s writing which frequently encompasses the differing cultures,  the relationships,  and generational differences of mothers and daughters. This particular book tells the story of Li-yan, a young Chinese girl who rebels against the old ways after becoming pregnant out-of-wedlock by a man deemed unsuitable. Rather than destroy the child, with the help of her midwife mother, she delivers the baby and leaves her, wrapped in a blanket with a tea cake inserted in its folds, at the door of an orphanage. Following the lives of Li-yan and the baby she gave up for adoption, this novel gives an excellent perspective of the culture. The reviewer recommends not only the book, but the author, as well.
Our last review was another memoir, Claiming Ground by Laura Bell.  This book tells the story of Ms. Bell’s adventures after graduation from the University of Kentucky. At loose ends, she travels to an archeological dig in Wyoming and never returns to her homeland. The book tells of her exploits as a sheep-herder in the Big Horn Basin, covering her life until the age of 50. The book shares, among other things, her gift of family support as well as her grief at the loss of her daughter. This book is eloquently written and comes recommended. (An interesting side note is that Laura Bell’s mother, Virginia Bell, helped to develop the Best Friends Approach that is used to improve the lives of many of those afflicted with Alzheimer’s and dementia.)
Posted by BPL Ref at 9:00 AM