This week’s meeting started off strong with one Nevermore reader sharing a horror novella by the master himself, The Sun Dog by Stephen King. One of his lesser-known works as it was published as part of a 1990 short-story collection, it’s about a teenage boy named Kevin who receives a camera, a Polaroid Sun 660, for his birthday. Everything seems fine until Kevin realizes every photo he takes contains a vicious, snarling dog that moves closer and closer to the forefront with each shot. He’s terrified of course, but when the sleazy pawn shop owner hears about this gift, he must have it for himself. Our reader called it “super scary, basically a Cujo 2!” and warned us not to read it before bed. 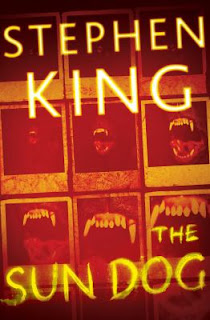 Next we discussed one of James Patterson’s newer novels The Chef. Our reader loved this book, saying the descriptions of the featured dishes were mouth-watering. The plot is also exciting. It’s about a police detective named turned chef named Caleb Rooney living in New Orleans who is asked to help investigate the threat of a terrorist attack during Mardi Gras. Rooney also happens to be under investigation himself for a murder he didn’t commit. Like a typical Patterson novel, suspense, action, and romance abound, but the food was her favorite part! 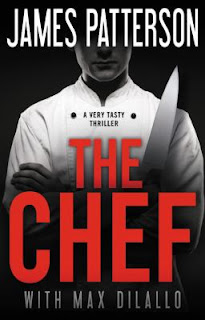 Our next reader reviewed a dystopian novel called The Country of Ice Cream Star by Sandra Newman. Set in futuristic America, a plague called the Posies has wiped out the adult population, killing everyone before they reach the age of twenty. The main character, a young girl named Ice Cream Star, sets off on a journey across the country in search of a cure that is rumored to exist. Our reader called this novel sadistic and bleak, but said the rhythmic prose was riveting. The way the characters spoke reminded her of a futuristic Gullah dialect, and kept her reading until the end. While she wouldn’t call this book one of her favorites, it definitely stuck with her. 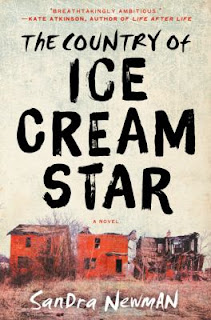 Sticking with futuristic novels, our next reader shared Genesis Code by Jamie Metzl. Metzel is an expert on biogenetics as well as Asian affairs, so the novel was very realistic. Set in 2023, the United States has defaulted on its debt and is now owned by China. When young women start mysteriously dying, an investigative journalist named Rich is determined to figure out what’s happening. However, the tyrannical government owns all news publications and does everything in their power to squash the story. Our reader thoroughly enjoyed the action, suspense, and realistic science this book offers, and was eager to read more of Metzl’s work, both the fiction and the nonfiction. 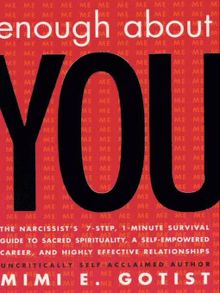 Our last reviewer picked up Enough About You: The Narcissist’s 7-Step, 1-Minute Guide to Sacred Spirituality, a Self-Empowered Career, and Highly Effective Relationships by Mimi E. Gotist on a whim. She enjoyed the snarky humor, and could empathize with the writer as she offered advice on how to get over it and move on when your relationship with a narcissist ends. Gotist uses her writing to satirize the self-help genre; almost every element of this book is humorous. Even the blurbs reviewing the book are hilarious. For example, “N. Bonaparte” writes, “Thanks to Mimi E. Gotist, history will finally understand me!” Our reader recommended this short novel if you’re looking for a laugh.
Posted by BPL Ref at 9:53 AM