Nevermore opened with The Second Life of Nick Mason by Steve Hamilton, the story of an ex-con whose early release was orchestrated by incarcerated crime boss Darius Cole.  Mason’s release comes with a price: whenever his special phone rings, he has to follow whatever orders are given.  This taunt thriller, the first in a new series by the award-winning author, lived up to its good NPR review and comes recommended from our reader. 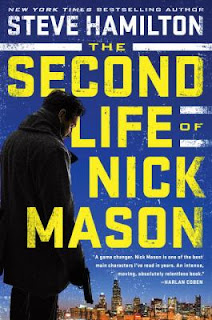 Her next book was the non-fiction title The Story of Sushi:  An Unlikely Saga of Raw Fish and Rice by Trevor Gorson.  While our reviewer is no fan of sushi, she found the book fascinating.  Sushi chefs apprentice for years, learning very precise techniques of preparation and presentation.  Each ingredient has significance, and each grain of rice must be perfect. The preparation is deeply ritualistic. While she isn’t planning on trying the product anytime soon, she has a great deal more respect for the product and the chefs. 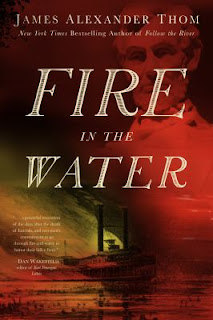 Fire in the Water  by James Alexander Thom is a novel based on an historical event.  In 1865, a group of war-weary veterans, many survivors of Andersonville, were finally ready to head home.  Over 2,000 were loaded onto the Sultana. . . and then disaster struck.  Our reader is a fan of Thom’s earlier historical novels and found this one to be very good as well.  She fact checked parts of the book, and he had done his research. 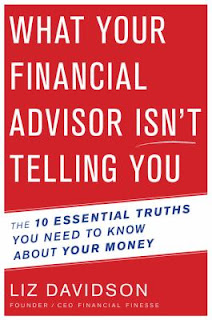 While the information in What Your Financial Advisor Isn’t Telling You may be sound, our reader didn’t find much of personal interest in this book by Liz Davidson.  She felt it was written for younger people, not folks near retirement or already retired. 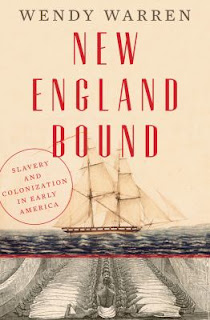 New England Bound by Wendy Warren was described as “hard to read.”  Not only is it written in a scholarly manner, but learning about the slave trade in New England was difficult emotionally for our reader.  She was appalled at how much of the economy of the North also depended on slaves and the slave trade, and how deeply involved some of the states were.  She felt it was an important book, covering a part of history that is usually only considered in the South. 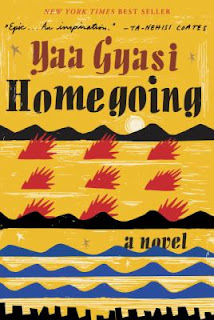 Her second book also involved the history of slavery, but this one is historical ficton.  Homegoing by Yaa Gyasi begins in 18th century Ghana where two half-sisters embark on very different lives.  One will marry an Englishman and live quite well, while the other ends up in America as a slave.  The book spans two centuries, with some of the descendants ending up in New York during the 1960s.  Our reader said she felt almost overwhelmed by the book, and recommended it to the group. 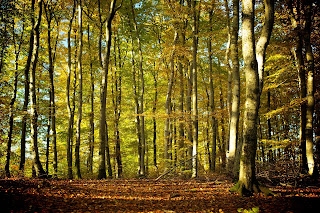 Finally, a reader asked if we had ever considered The Hidden Life of Trees.  According to the book by Peter Wohlleben, trees may be much more complex and aware than we know.  Our reviewer felt that the author, a German forester, made a good case for tree communication in this well-written, thought provoking book.  You may never look at trees the same way again!
Posted by BPL Ref at 10:26 AM