At Nevermore this week, our readers encountered a variety of books—including some audiobooks—and revisited some familiar titles, such as Quiet:  The Power of Introverts in a World That Can’t Stop Talking by Susan Cain and Believer:  My Forty Years in Politics by David Axelrod. 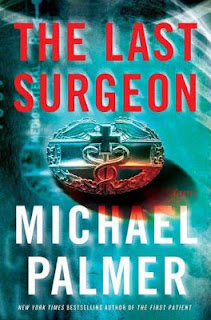 To start off, one of our readers looked at a pair of audiobooks:  The Last Surgeon by Michael Palmer and The 11th Hour by James Patterson.  In The Last Surgeon, Nick Garrity, a veteran suffering from PTSD who spends his time working at a clinic in Baltimore to help the homeless, and Jillian Coates, a psychiatric nurse, are pitted against a dangerously efficient killer, an assassin who goes by the name of Franz Koller—a man who will stop at nothing to catch and kill his intended victims.  In The 11th Hour, Patterson returns with his Women’s Murder Club and another terrifying series of murders, beginning first with the death of a millionaire and ending with the discovery of bodies in a famous actor’s garden!  According to our Nevermore reader, both audiobooks were excellent.  Although this was her third time reading 11th Hour, our reader enjoyed it immensely and highly recommended the Women’s Murder Club novels. 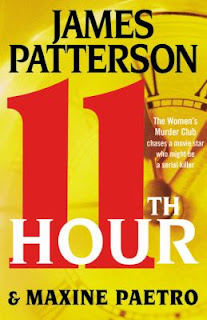 Next, our readers dived into history with Across the Plains in 1844 by Catherine Sager Pringle.  Sager’s narrative recounts her family’s harrowing journey from Ohio to Washington, enduring harsh conditions and great tragedies of the Oregon Trail.  Considered one of the most authentic accounts of the American westward migration, Sager’s memoir chronicles an extraordinary passage of time in which all 8 of the Sager children were orphaned, rescued and adopted by Narcissa and Marcus Whitman, and endured an attack by the local Cayuse tribe in Washington.  Our Nevermore reader thought Across the Plains was absolutely fascinating, saying, “It’s just so amazing to me that people end up doing [things like this]…that people survived.” 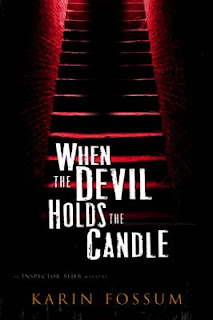 Another reader picked a Scandinavian mystery:  When the Devil Holds the Candle by Karin Fossum.  Inspector Konrad Sejer and his colleague Jacob Skarre are confronted with dark possibilities in their town, confronting the death of an infant and the disappearance of a delinquent youth—and all the terrible connections they will find.  Our reader, who is attempting to read all of Fossum’s work, enjoyed the fourth installment of Fossum’s Inspector Sejer series.  Although she said it doesn’t have a happy ending, she was glad that all the “bad people get their due.” 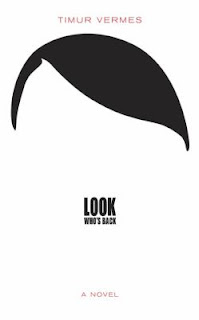 Next, our readers looked at a satire of historical proportions in Look Who’s Back by Timur Vermes (translated from the German by Jamie Bulloch).  Vermes novel opens with Adolf Hitler—in 2011.  After waking from 66 years of sleep, Hitler discovers a Germany that’s entire changed:  social media spreads new ideas and fuels celebrity obsession; cities are multicultural, meshing together races, ethnicities, religions, and more into one common community; Germany is led by a woman.  And Hitler is suddenly jettisoned into popularity for the public believes he’s an impersonator of incredible skill—until he begins his own political party.  Full of references to events in World War II and brimming with a darkly comical humor, Look Who’s Back was a fascinating novel that was “very, very well done,” according to our Nevermore reader. 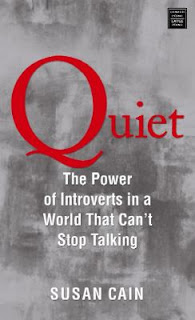 Two of our readers also revisited Quiet and Believer, rounding out our meeting with new impressions of the same material.  For our reader, Quiet, which examined the differences between and stressed the importance of extroverts and introverts of society, was a fascinating piece of work.  Although it read almost like a textbook, providing interesting little nuggets about introverts and extroverts (such as how introverts prefer meeting people in a friendly, noncompetitive context, and extroverts prefer meeting others in a competitive context), our Nevermore reader enjoyed Susan Cain’s study. 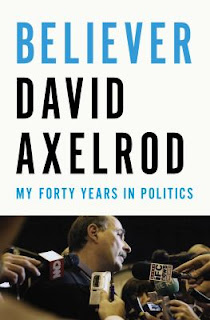 Believer, on the other hand, produced a divided opinion at the meeting this time.  One reader confirmed her original opinion of Axelrod’s work, saying she still enjoyed it as she drew to the final few pages; however, another reader disagreed, saying she wouldn’t finish it.  It “confirmed my opinion of people who are good, [reinforced my opinion] who I liked,” she said.  Showing the clash between idealism and reality, Axelrod showed the meaning of compromise—and, in some cases, showed how many politicians begin as good people and manage to compromise their values in the pursuit of political power—which turned our reader away from finishing Ending on a lighter note, our Nevermore readers rounded out our meeting with The Public Library:  A Photographic Essay by Robert Dawson.  Filled with more than 150 photos of libraries spread across the country, The Public Library explores the importance and, in some cases, decay of one of America’s most important institutions.  Our Nevermore reader said it was interesting to see the history of libraries, to read short commentaries by writers such as E.B. White, Amy Tan, Barbara Kingsolver, Ann Patchett, Dr. Seuss and others, and to get a visual exploration of some of America’s most memorable libraries.
Posted by BPL Ref at 10:03 AM