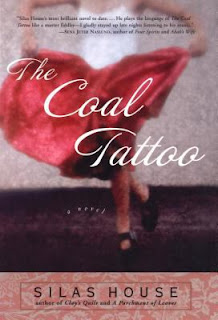 Nevermore opened with the discussion of The Coal Tattoo by Silas House. This book is about two sisters, Easter and Anneth, who live on old Kentucky land. Easter is Pentecostal and is very religious. Anneth, on the other hand, likes to live in the fast lane of life and loves to drink. But when Anneth becomes pregnant, that tends to put a damper in her wild plans. This is a tale of a sisterly bond and whether or not the strongest of bonds can be broken. The Nevermore member says that the book is beautifully written and she didn’t expect the book to end the way it did. 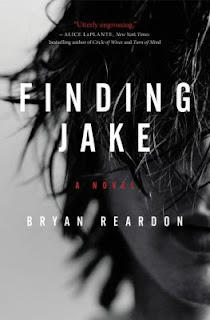 Finding Jake by Bryan Reardon was discussed next. Simon Connolly is a stay-at-home father who takes care of his two children, Jake and Laney. Simon appears to be a nervous person anyways, but he is especially nervous having two children in today’s world. He is no fool to what kind of messes some kids tend to get themselves into, but what he doesn’t expect to happen is a school shooting at Jake’s school. When more and more parents are reunited with their children, Simon realizes that he still doesn’t see Jake. He discovers that Jake is the only missing child from the shooting. Finding Jake not only focuses on the school shooting and Jake, but also focuses on Simon’s psychological outlook on his life and how well he knows or may not know his son. This book was highly recommended! 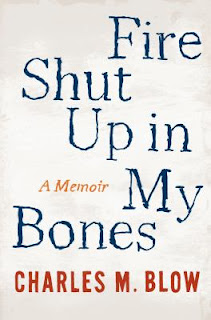 Next was Fire Shut Up in My Bones by Charles Blow, a poet and a columnist for the New York Times. This is Blow’s true story of how he grew up in Louisiana, and he does a walkthrough of his life up until his present moments. The Nevermore member enjoyed this book and does recommend it, but she said that it is a downer. Blow was sexually abused by two relatives and at the age of seven, he wanted to commit suicide. Even though the subject matter can be excruciating to read, the reader did enjoy this book very much. 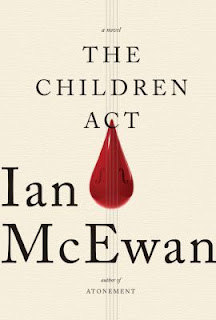 Ian McEwan’s The Children Act has been almost impossible to keep on our shelves here at the Bristol Public Library! Fiona Maye is a judge who lives in London. To the people of her town, she is a tough, well-respected woman. But Fiona can’t help but to feel anything but disrespected whenever her husband asks her for an open marriage. He wants to be with another woman before he becomes older. To no surprise, Fiona declines his offer and he moves out. Although Fiona is perplexed and hurt, she allows her job instead of her husband’s departure to occupy her mind, especially when a seventeen-year-old boy needs a blood transfusion but he and his family refuse because it goes against their religious beliefs. The Nevermore member appeared to enjoy this book and read one of his favorite paragraphs to us. Another member commented that the paragraph was beautifully written. 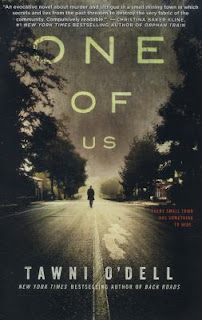 Tawni O’Dell’s One of Us was mentioned next. TV forensic psychologist Dr. Sheridan Doyle returns to his hometown only to find a dead body waiting for him. He teams up with Rafe, a former detective, to find out more about the body found at the Lost Creek gallows. To make matters more interesting, the body found is connected to a wealthy family responsible for the execution of some miners at Lost Creek gallows. The Nevermore member said One of Us is very entertaining and the author is good at bringing everybody’s stories together.
Posted by BPL Ref at 10:03 AM

Email ThisBlogThis!Share to TwitterShare to FacebookShare to Pinterest
Labels: Charles Blow, Children Act, Coal Tattoo, Finding Jake, Fire Shut Up in My Bones, Meygan, One of Us, Silas House