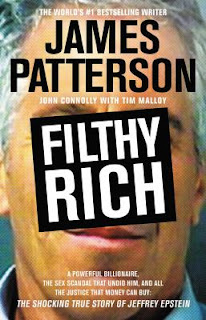 Nevermore sometimes (but not always) follows the news headlines, and this was the case today with our first reader describing her initial impressions of the James Patterson book Filthy Rich: A Powerful Billionaire, the Sex Scandal that Undid Him, and All the Justice that Money Can Buy: The Shocking True Story of Jeffrey Epstein. Convicted in 2008 for soliciting an underage girl for prostitution, Epstein served a short sentence and during that term was given liberal work release privileges thanks to a high powered attorney. Patterson (and co-authors John Connolly with Tim Malloy) published this volume in 2016 about how justice really is differently served for the elite versus the common criminal. 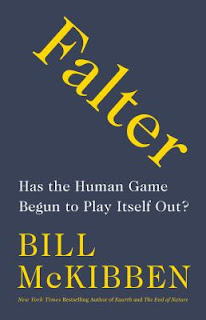 Next up: Bill McKibben’s book Falter: Has the Human Game Begun to Play Itself Out? Speaking about climate change, genetic engineering and other global challenges of the 21st century, McKibben paints a pretty grim picture of the outlook of the human race. Our reader appreciated the straightforwardness of the issues discussed, and was particularly touched by the quote, “Even, especially, in its twilight, the human game is graceful and compelling.” 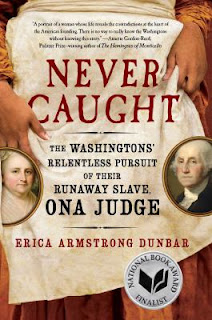 Another reader was fascinated by Never Caught: The Washingtons’ Relentless Pursuit of Their Runaway Slave, Ona Judge by Erica Armstrong Dunbar. While President George Washington was serving in the nation’s temporary capital in Philadelphia, he attempted to maintain his household standards by bringing along nine slaves. However, Pennsylvania law said that slaves must be set free after living there for than six months. Washington swapped out his slaves often in order to avoid losing his “property,” but young woman Ona Judge chose to run away to New Hampshire. Martha Washington was particularly fond of Ona’s services, leading to an extensive manhunt and court proceedings in an attempt to retrieve her. But as the title says, Ona was never caught. 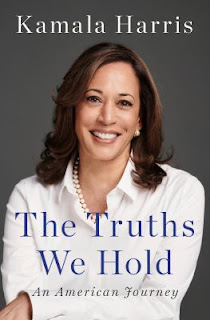 Another timely book, The Truths We Hold by Democratic presidential candidate Kamala Harris was enjoyed by another book club member. Our reader said that although she has mixed feelings about the political strategies Harris is taking, she is nevertheless impressed with her accomplishments and her policies. 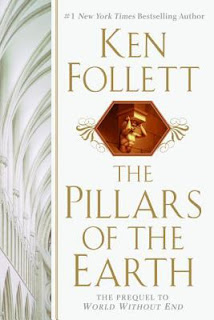 Turning to fiction, another reader claimed that her light reading was the 900+ page paperback The Pillars of the Earth by Ken Follett. Set in the 12th century, Follett’s saga follows a huge cast of characters through many years. Our reader said that she really enjoyed it and was pleased to have made it all the way through. At that point, another book club member pointed out that there are two more books in this, the Kingsbridge, series: World Without End and A Column of Fire. 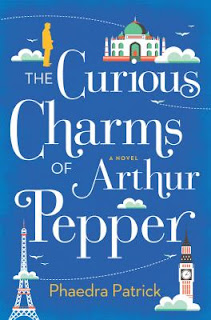 Another bit of light reading was found in The Curious Charms of Arthur Pepper by Phaedra Patrick. Arthur is a widower who on the first anniversary of his wife’s death finds a charm bracelet among Miriam’s jewelry. Nothing unusual, except that he’s never seen it before. Arthur sets out on a journey to discover from where each charm came, and what they meant to his wife. Our reader found this to be a very good story and highly recommends it.
Posted by BPL Ref at 9:00 AM