Guest reviewer Kevin Tipple is back with his review of a mystery novel.  Check out his blog Kevin's Corner for more book reviews and book news, as well as links to topics of interest. 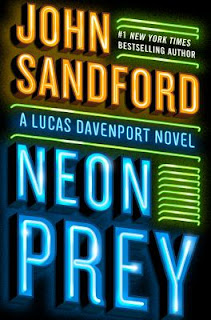 The United States Marshals went to pick up Clayton Deese after he failed to show up for trial. Everyone knows Clayton Deese did the crime he is wanted for and if it was not for bureaucratic issues they would not already be at least three days behind me.  His ankle monitor went dark at about the same time that he failed to show up for court. No doubt he has left his home in a rural area of Louisiana. Still, Marshals Rae Givens and Bob Matees and F. B. I. Agent Tremanty have to raid the house Deese was living in to make sure he really left. If he is gone, a manhunt will begin as they need to apprehend this guy, not only for what they know he did, but because he is a link to a far bigger target.

When law enforcement hits the house, it is clear that Deese is long gone and is never coming back. The house sits on a large piece of land that has a swamp like area outback that is thickly wooded with at least one trail back into the woods. A trail that clearly gets frequent use. A trail that goes quite a distance back in where there is thick ground cover and clearly more open areas that could be more than one shallow grave. Maybe many graves.

What is found means US Marshal Lucas Davenport is soon on the way to help track down the missing Clayton Deese. A hunt for a contract killer who occasionally indulges in a taste for human flesh. A contract killer who happens to be in close contact with some other folks in another part of the country that also need to be stopped as soon as possible.

The latest in a long line of thrillers by John Sandford, Neon Prey, is another good one. As true with earlier books in the Lucas Davenport series in recent years, the bad guys and girls are known to the reader from their first introduction. Unlike the way it was when this series started when there was a complexity to the reads and there was a solid mystery, there is no mystery at all here expect for the fact Law Enforcement does not know from the start just how bad Clayton Deese is or the identities of some other folks who also need to be stopped. This book is a straight action read where the pace is fast, chapters are short, descriptions of locations are kept to a minimum, and the clock to prevent more carnage is always ticking. For writers, this read, as has the last several in the series, fits the old adage ascribed to Elmore Leonard about leaving out the parts that readers tend to skip.

Pure escapism, Neon Prey, is another good one in the Lucas Davenport Series.