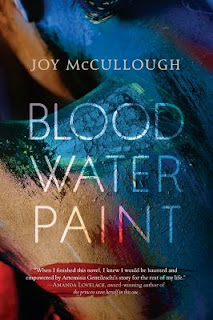 Artemisia Gentileschi was a talented painter in the 1600s, unusual for a woman at the time. She is known for her differing takes on the subjects of Judith beheading Holofernes and Susanna and the Elders.
McCullough tells a fictionalized version of Gentileschi’s teenaged life while she is still her father’s apprentice and learning new painting techniques. Her father hires Agostino Tassi to tutor her as well. Gentileschi is immediately drawn to Tassi and a flirtatious relationship blossoms. Their relationship takes a dark turn, however, when Tassi rapes her. In the traumatic aftermath, Gentileschi is determined to publicly accuse Tassi even though she knows she will be shamed and perhaps suffer even more consequences than her attacker. Throughout the narrative, McCullough weaves in the stories of Judith and Susanna (as Gentileschi’s mother relayed them), and Gentileschi finds strength in these women.
I picked this up on a whim since I had heard of Gentileschi and knew of her Susanna painting (being one of the few during that time to depict the Elders’ sexual advances as traumatic) but I didn’t know much else about her. I didn’t realize this novel was told in verse, something I’m not usually into, but I’m so glad I didn’t let that deter me. This book was wonderful, and I already feel like it might be one of my favorites for the year. McCullough’s writing style is lovely and poetic, and I teared up several times throughout the book. I like that Judith and Susanna’s stories are weaved in as well, giving the novel just a little extra dimension.
This novel was a challenging read (though sexual assault is not explicitly shown on the page, the aftermath is discussed extensively) but it was interesting, and, I think, important. Gentileschi was a beautiful painter but even now her talent is questioned from those who want to believe her father did most of her paintings. But she loved to paint, and it seems to have been a kind of therapy for her after her assault. McCullough did a fantastic job of bringing Gentileschi’s pain and rage over her treatment in society to life. Artemisia Gentileschi was a very interesting person, and I can’t wait to read more about her.
Posted by BPL Ref at 10:41 AM