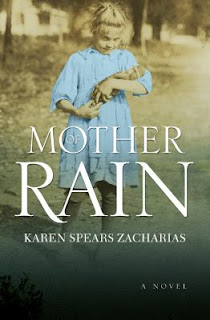 Nevermore’s first book was Mother of Rain by Karen Spears Zacharias. As the book opens, a family tragedy has sent ten year old Maizee  to live with an aunt and her husband in Christian Bend, Tennessee.  The story follows Maizee as she struggles with the voices she hears in her head.  She marries, and gives birth to a boy she names Rain. Her life gets more complicated when her husband is drafted into the Army to fight overseas in World War II.  Our reader saw part of the book’s theme as being about the impact a mother’s life and death can have on a child.  The book is written in Appalachian dialect but was easy to understand.  One member wondered if there really is a Christian Bend, and the answer is yes:  it’s a small unincorporated community in Hawkins County. 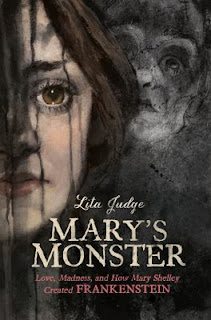 The mother/child influence theme was also a component of the next book, Mary’s Monster by Lita Judge. It is a biography of Mary Wollstonecraft Shelly told in free verse with illustrations.  Every member who has read it has praised the book for its power and beauty.  There are copies in both adult and YA, and Nevermore proves that Mary’s Monster has definite crossover appeal because it has been making the rounds of the entire Nevermore Book Club, and earning rave reviews from all who have read it. It was quickly taken up by another reader this time as well. It's also timely:  2018 is the 200th anniversary of the publication of Frankenstein. 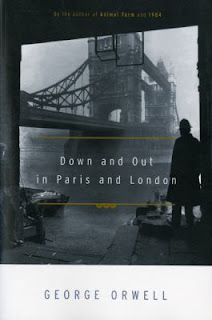 Before he became famous for such novels as Animal Farm and 1984, George Orwell wrote a memoir entitled Down and Out in Paris and London. In it, he details the travails of living poor in a large city.  In Paris, he worked as at a hotel, gave English lessons, and worked as a dishwasher.  He also pawned his clothes.  Finally exhausted with working 17 hour days without a break, he seeks employment back in London.  He obtains a position teaching and caring for a child with challenges, but he arrives back in London to find the family gone abroad and he is left to scrounge a living as well as find a place to sleep.  Our reviewer thought it was extremely interesting, and painted a vivid picture of the underclass in both cities during the 20s and 30s.  While parts of his account were challenged, Orwell said that while he may not have included events chronologically, all that he recorded actually happened at one time or another. 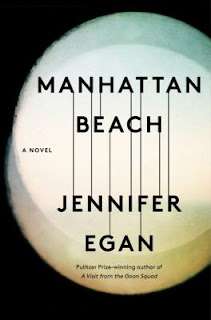 Manhattan Beach by Jennifer Egan is another historical novel which moves forward and backward in time, and Nevermore members have read a lot of those lately.  Part of the story is set during the Great Depression, when eleven year old Anna meets Dexter, her father’s employer, at Manhattan Beach.  Anna senses that Dexter is something more than what she’s been told but is uncertain what it means. Years later, during WW II, Anna fights to become a diver repairing warships and seeking to find out what became of her father who has gone missing and whom Anna thinks is dead.  Our reviewer said it was a good book and well-written, but the current fashion for having books move back and forth in time is getting a bit old. 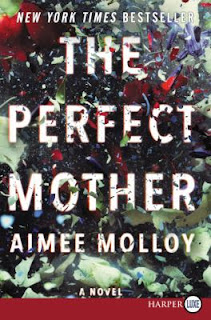 The same comment was made about the next book, The Perfect Mother by Aimee Molloy. The May Mothers are a social group of women who all had babies in May.  They meet in the park each week for a bit of socializing with their babies, but one week they decide to have a “Mom’s Night” and get together at a bar without babies in tow.  What should have been a fun occasion takes a terrifying turn when one of the mothers has her three month old child kidnapped. The investigation reveals that every mother has secrets.  Our reader said it was pretty good, but the technique of going back in time to reveal each character’s history is becoming boring.
Posted by BPL Ref at 11:23 AM