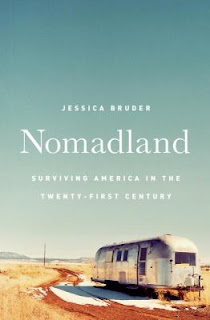 Our first reader this week reviewed the best-selling non-fiction book Nomadland by Jessica Bruder.  This  fascinating book details a part of the American workforce that few of us will hear about or encounter – the houseless: transient older Americans who have permanently hit the road in search of temporary jobs at Amazon, the National Forest campgrounds, and the North Dakota beet fields to name a few.  These people come from all walks of life and have resilience, grit, creativity and a fierce work ethic in common.  The author spent three years with the subjects of this book, and tells a compelling tale of this underbelly of the American work-force.  Our reader highly recommends this look at the dystopian present of living without livable wages. 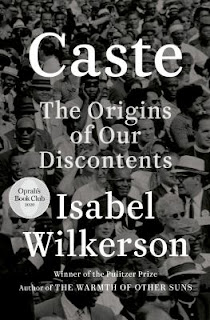 Next up was Caste: The Origins of Our Discontent by Isabel Wilkerson.  Our reader borrowed this book through TN READS and says that it is such a good book that she must have a physical copy of it.   This Pulitzer Prize-winning, bestselling non-fiction book looks at the hidden concept of caste in American life and its destructive effects, both from a historical viewpoint, and in the modern era.  Our reader believes that every American, especially every White American should read this book to see how this concept has permeated our culture and how to fight back against it.  This book is highly, highly recommended. 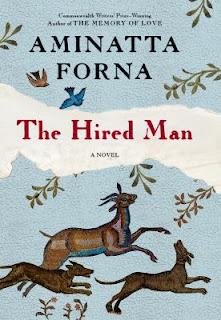 Our next reader reviewed The Hired Man by Aminatta Forna.  Our reader stated that although this book is by the same author as Happiness, it is a more difficult read.  This novel takes place in Croatia and examines the repercussions of war both on the society as a whole, but more importantly on the individuals who participate and live through it.  Our reader commented that this book takes a hard look at civil war and saw the parallels between what happened in the Balkan region and what is happening in America today.  She recommends this book, but not highly, unless you want to struggle through it as it is more difficult to read than Happiness. 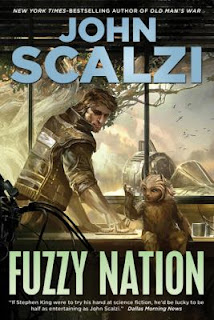 The next book reviewed was a fun sci-fi romp:  Fuzzy Nation by John Scalzi.  This reimagining of Little Fuzzy by H. Beam Piper finds Jack Holloway as a prospector on Zarathustra - a distant planet being mined by ZaraCorp, which is allowed to proceed with its operations with one caveat:  There must be no sentient life on the planet.  That is fine, until Jack meets a family of small, furry bipeds.  Are they sentient, and if so, what is ZaraCorp willing to do to keep it a secret?  Our reader, who is a Scalzi fan, really liked this book and recommends it to anyone wanting a quick and sassy read.