We started this week with a hilarious and frustrating book, History’s Biggest Blunders and The People Who Made Them by Ian Whitelaw.  This book looks at some of the MANY disastrous moves made by very smart people, and covers topics such as Moses, Hitler invading Russia, Anthony Weiner’ sexting scandal, and the domestication of plants and animals by humans (yes, that had unintended negative consequences).  Our reader thought this book was very well researched and really liked how it shows that we are all human and prone to making mistakes, sometimes with disastrous outcomes. Highly recommended. 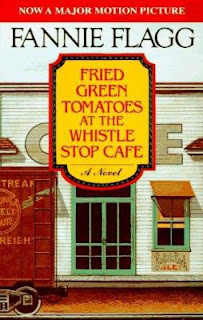 Our next reader reviewed the neo-classic Fried Green Tomatoes at the Whistle Stop Café by Fanny Flagg.    This book is set in a very small town in Alabama and skips back and forth in time from the 1930s to the late 1980’s and is told from the perspective of four women whose lives intertwine.  The author does not sugarcoat the segregationist history of the south which some readers may find uncomfortable.  Our reader did thoroughly enjoy the book and plans to read more books by this author. 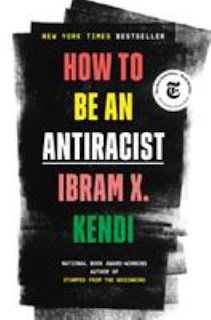 Immediately following that review was a look at How to Be an Anti-Racist by Ibram X Kendi.  Our reader has been making her way through this book for a while now and finds that it is very thought provoking, densely packed with research and, while not an easy read, an extremely important book for anyone wishing to reframe the way that they look at race and racial equality in America.  The author is very frank about his own racial biases, failures and successes and awakening.  Very highly recommended, this book will give you tools and reasons to change how you think about yourself and the rest of society. 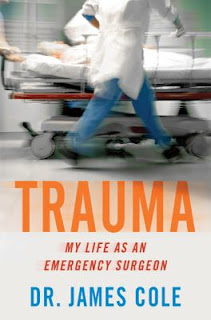 Our next reader reviewed the autobiography Trauma: My Life as an Emergency Surgeon by James Cole.  Dr. Cole traveled a very different path to becoming a surgeon than most, as he trained to be a surgeon while in the Marine Corps.  While serving, he was also part of the US Special Operations Command and was a Navy Reserve SEAL Team member – not your typical surgical background.  From his military experiences, to dealing with alcoholics, car wreck victims and industrial accidents in a civilian setting, this book lays bare the working life of a trauma surgeon.  Our reader thought this book was very engaging and offered a view into a life that few of us will experience, and recommends it. 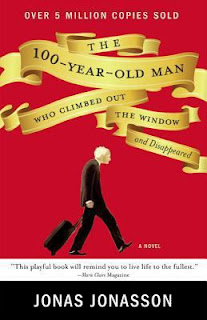 A light-hearted antidote to the heaviness of Trama was our next book, The 100 Year Old Man Who Climbed Out the Window and Disappeared by Jonas Jonassen.  This whimsical novel follows the adventures of Allan Karisson, a centenarian explosives expert, who one day decides to escape his nursing home and embark on an adventure.  Allan goes with the flow, and the flow he goes with takes him to the most unusual places – he saves General Franco’s life, meets Stalin, Einstein, Truman, Mao Tse Tung and more.  Our reader says this is a very funny, lighthearted book that is laugh-out-loud worthy at times, and highly recommends it.

Another world traveler was highlighted in our next book, Dancing with Demons by Penny Valentine and Vicki Wickham.  This is the authorized biography of world famous singer Dusty Springfield.  Springfield rose to fame in the late 1960s and was a world-wide hit by the early 1970s, but her path was not an easy one – neither for her nor the people around her.  Springfield was bipolar, lesbian, had OCD and was addicted to drugs and alcohol.  This tell-all book was written by Springfield’s manager of 13 years, and a close friend – at times heart wrenching and at other times sensational, this book was highly recommended by our reader for a look behind the façade of one of the world’s leading pop singers.