Nevermore opened with a re-reading of a John Le Carre book, The Russia House. Published in 1989, the plot has a Russian physicist smuggling out his manuscript proving that the Russian missile system is unworkable.  He wants it to go to a minor British publisher, but it ends up in the hands of MI5 and the CIA, who then recruit the publisher to go to Russia in order to get more information.  Our reader said she remembered liking it very much, but this time—not so much. 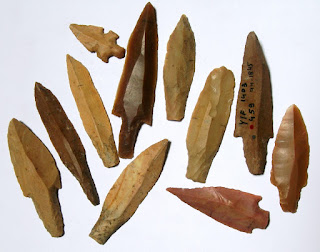 However, she was thoroughly enjoying the next book, Remnants of America’s Southeast Aboriginals:  Paleo to Mississippian by Maury E. Miller.  The book is archaeological finds in the Southeast United States, including a number of sites in Middle Tennessee.  There are some excellent photos of implements such as axes, scrapers, spear points, etc.  The reader’s grandfather was from the same area as some of the excavations, and she had photos of some of his discoveries that were quite similar to those in the book.  It’s an excellent book for anyone interested in the earliest inhabitants of the region. 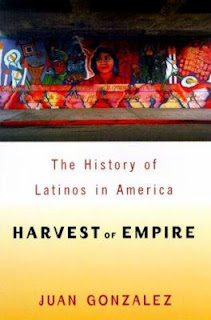 Harvest of Empire by Juan Gonzalez begins with the European exploration of the continent. The Spanish traveled vast distances through South, Central, and North America, encountering numerous indigenous tribes.  Gonzalez examines how the Europeans influenced the regions socially, politically, and economically from first contact, and how that influence has created problems today.  Our reader praised the book highly for looking at each country and culture individually, instead of lumping all together as is often done, and it includes Cuba and Puerto Rico along with the South and Central American countries. She says that the author points out the different waves of immigrants were determined by the circumstances in the individual countries, and that most such were those who were industrious and hardworking, willing to brave hardships to find freedom and a better life.  She hadn’t yet finished the book, but recommended it highly for anyone who wants a better understanding of situation. 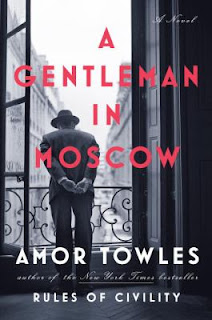 Amor Towles’ novel, A Gentleman in Moscow, drew rave reviews from our next member. The story begins in 1922 when Count Alexander Rostov is put under house arrest in a hotel across from the Kremlin. He spends the next 30 years there, watching as history unfolds, meeting a diverse group of people who come to the hotel. The Count is a cultured man, forced to live in an attic room, but he finds life in the marvelously depicted characters.   Our reader said the book was “very clever, very interesting, very wonderful” and that it is seriously recommended.

Spy fiction returned with Shibumi by Trevanian, a pen name for Rodney William Whitaker, an American author who wrote in a number of genres.  The plot revolves around Nicolai Hel, the son of a Russian aristocrat who grew up in Japan and who learned not only numerous languages but martial arts techniques. Hel had hoped to live the rest of his life in peace, having achieved “shibumi”—the art of effortless perfection-- but is drawn into a conflict when an international conglomerate known as the Mother Company.  Our reader said it that while it was written in 1979, it almost felt contemporary, with the way that giant corporations influence the world politically, socially, culturally, and economically. 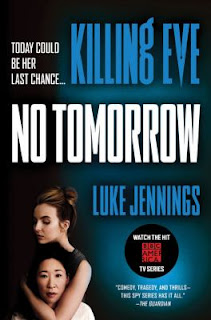 Finally, No Tomorrow by Luke Jennings is the second in the Killing Eve series.  British agent Eve is hot on the trail of her arch-rival Villanelle, the assassin whose existence she discerned in the first novel.  There is a lot of action, international travel and intrigue, and –as our reviewer put it—“less sex, which is a plus.”
Posted by BPL Ref at 9:33 AM