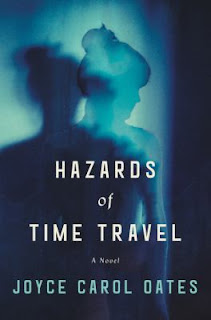 Adriane Strohl is an idealistic seventeen year old who makes the mistake of voicing her thoughts in a near-future world where the government suppresses all individuality.  Selected as valedictorian of her graduating class, Adriane prepares her speech with a series of questions.  Shockingly, she is immediately arrested on account of Treason-Speech and Questioning of Authority.

Since Adriane is still young and therefore has the possibility of rehabilitation, she is not instantly “Deleted.”  Instead, she is “Exiled” to Zone Nine, a change in space and time that transports her back to Wainscotia, Wisconsin in 1960, where she is to attend college for four years and prepare herself to be a productive member of the modern society to which she hopes to be returned.

In Zone Nine, Adriane becomes Mary Ellen Enright.  Fearful that she is being observed, she keeps to herself and faithfully attends classes.  Mary Ellen wonders if there are other Exiles like herself there in Wainscotia but she dares not become close to anyone, as The Instructions demand.  She is not to go beyond her ten mile limit of the campus and she must never behave as anything but a normal co-ed.  And what is more normal than something strictly prohibited, but to fall in love?

Joyce Carol Oates has created a world in which powerful people hold onto their power by suppressing others with extreme consequences.  Fear and intimidation keep most of the citizens quietly subservient and punish all independent thought.  The scenarios are somehow plausible, although fortunately not where the world is in 2019.

A few discrepancies, perhaps intentionally included, kept me wondering whether Adriane/Mary Ellen had truly been transported back in time, whether or not she was actually being observed, and whether or not there was a chance that her punishment could be instantly vaporized/Deleted.  As most futuristic dystopian novels do, this one made twists and turns that I did not anticipate.  Some of the unexpected directions required a serious suspension of disbelief.  A co-worker happened to read the book at the same time that I did, and was not as satisfied with the story resolution.

This is the first Oates novel I have read but it probably won’t be the last.  Now if I can just fit some of her other titles into my Book Bingo sheet….
Posted by BPL Ref at 12:33 PM