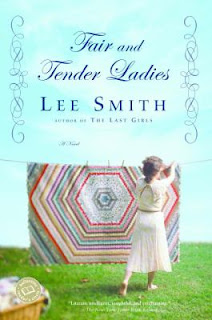 First up was the locally set Fair and Tender Ladies by Lee Smith. Our reader was prepared to like this book but ended up loving it. In particular, she cites the wonderful description of the dynamics of the family who are at the center of the story. This is a sweet, intimate look at the details of a difficult life. Set in the local coalfields with locations both fictional and real, this book is easy to read and gets into the details of peoples’ lives.

The small-town America theme continues with A Country Doctor Writes:  Conditions: Diseases and Other Life Circumstances by Hans Duvefelt. This memoir by the Swedish born, Maine based doctor really captured the attention of our reader. She was particularly struck by his candor – he does not hesitate to write about his mistakes and the things that he puzzles over and learns from other people. Dr. Duvefelt lives in northern Maine, almost into Canada, and this book of one hundred short essays chronicles his life and work in a small, northern American town. Our reader was fascinated by this book, and highly recommends it. 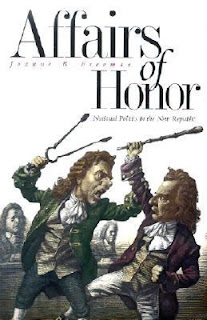 The next book reviewed was Affairs of Honor: National Politics in the New Republic by Joanne Freeman.  This political history book examines how the idea of honor guided the Founding Fathers. They knew that because the country was so new, if it was not respected and honored, that it would not succeed. Their honor was wrapped up in their reputations, but the honor of the country came first and foremost. Some of the ways they dealt with honor was through gossip, or ghost written columns. More shocking to modern audiences was the fact that you could physically beat, or cane someone if you were senior to them in Congress. Duels were reserved for the elite, but if you turned one down your reputation would be hurt as you were considered a coward. The honorable way out was to negotiate an apology by using a Second, or emissary. One of the most famous duels in American history is the Hamilton/Burr duel. The author agrees with the historical consensus that Burr was the one who was truly defeated in that duel, because while Hamilton was killed, Burr’s reputation was destroyed forever. Hamilton got the honor; he had the biggest funeral that the country had ever seen, and Burr had to flee to the American West and then to Europe. The emphasis of the book is about how much the founding fathers relied on honor, well above their personal reputations.  Nevermore agreed that would be a nice thing to have today (besides the caning and the duels.) 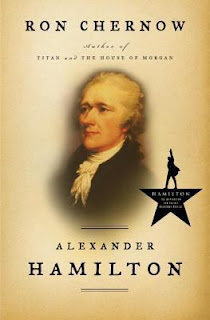 The same reader recommends both Alexander Hamilton by Ron Chernow, which clocks in at a hefty 800 pages, and Richard Brookhiser’s Alexander Hamilton:  American – a shorter book at 217 pages, but packed with plenty of details about the Founding Father and his legacy.

Our next reader tackled Matters of Choice, the third book in the Cole Trilogy by Noah Gordon. Set closer to present day than the first two books, this story weaves women’s rights in as a central theme. The book is set in Boston where the main character is a woman physician performing abortions, and being chased by antiabortionists.  In the midst of getting a divorce, and reeling from professional rejection, she goes to her country house in the mountains of Western Massachusetts to get away from it all, and finds an unexpectedly rich life in the small town. The doctor does not like abortion, but feels that she must be involved to save women’s lives. This book was not the reader’s favorite, but it does wrap up the trilogy, which she highly recommends, beautifully. 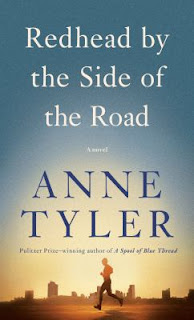 Redhead by the Side of the Road by Anne Tyler has been passed around and enjoyed by several readers. This charming, witty book is about a man named Micah who is very set in his ways. He does everything perfectly – he cleans something every day and feels that he is a failure if there is even a spot of grime on something that he has just cleaned. Every day he has his specific things that he does and follows his routine strictly. In contrast, his sisters all have normal families and households. Micah has a woman-friend who is gently trying to get Micah to marry her, to which Micah is clueless. Micah’s vision is also bad and he keeps seeing things that aren’t there. On top of that, one day a teenager shows up at the house claiming that Micah is his father. Overall, our reader thought this is a great book and recommends it highly. 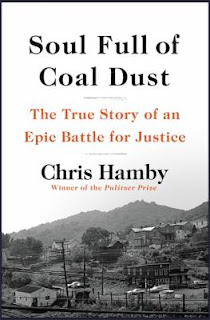 Our next reader took on Soul Full of Coal Dust by Chris Hamby.  This investigative journalism book was reviewed by another reader a few weeks ago, and like that reader, this one recommends the book highly. What she was taken with was the story of how the coal companies had found lawyers and doctors loyal to the company and stacked the decks against the miners. The coal companies were undermining the laws passed to keep the miners safe, even gaming the air quality readings. They had taken this tenet of the law to mean that they should do whatever they should do to win, which included choosing only the reports that support their viewpoint. The lawyer at the center of the book put in for discovery which the coal companies fought as it would force them to divulge all of the information that they had. The story is about how gradually the laws changed over years, and in particular how the litigation by the miner, Gary Fox, became a rallying point for change. In the end legislation was introduced that made mandatory air quality monitoring black boxes that were harder to tamper with.  The Labor Department also passed a regulation that everyone on both sides of black lung cases had to release all of their reports/documents. After these changes, many of the cases started to go in favor of the miners. Our reader was struck in particular by the quality and depth of the research that went into this book. She found it was incredible. 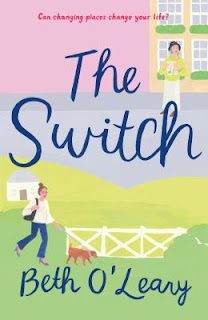 On a lighter note, the same reader breezed through The Switch by Beth O’Leary. The main character is Leena Cotton, a young, London based professional whose sister has just died of cancer. Leena is overworking herself in order to forget the tragedy until she is forced by her employer to take time off. Leena’s mother and grandmother, Eileen, live in the small Yorkshire town of Hambly and Leena decides to go there, and soon becomes friends with the surly neighbor. Eileen decides that she would like to take another stab at the single life, and takes Leena’s place in London. Grandma teaches her young roommates how to cook, while at the same time learning about the single life in a big city. Our reader found this novel to be light and fluffy, but rather fun.