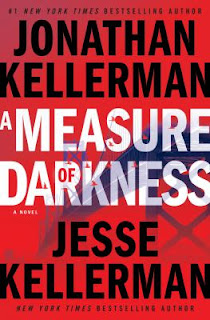 This week, Nevermore explored a new thriller by Jonathan and Jesse Kellerman, titled A Measure of Darkness.  Deputy coroner Clay Edison is a busy man.  Between his recent suspension for digging into an old case to his brother recently getting out of prison, he doesn’t have much time in his schedule.  Then one night he’s called to a crime scene in an East Bay neighborhood with multiple victims—and one who’s death is a complete and utter mystery that will put Clay directly into the line of fire.  Our reader found the Kellermans’ novel to be strange, but thrilling.  “It took me to the last page to put it all together,” she admitted, which she found to be an enjoyable quality in a successful mystery/thriller. 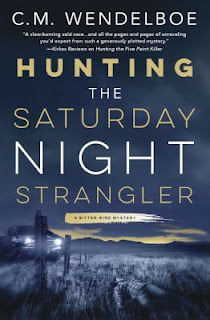 Staying in the vein of thrillers, Nevermore shared Hunting the Saturday Night Strangler, a Bitter Wind Mystery series by C.M. Wendelboe.  After two victims were discovered, strangled to death, retired police detective Arn Anderson and TV reporter Ana Maria Villarreal become involved in the case.  They fear these deaths might be a pattern, the problem is getting the Cheyenne police department to believe them—and escaping the notice of the killer before he strikes again.  Our reader said Hunting the Saturday Night Strangler wasn’t a bad novel.  She described it as falling a bit on the mediocre side, as it was so predictable; however, she did note the story had interesting moments and she was particularly taken with the descriptions of Wyoming. 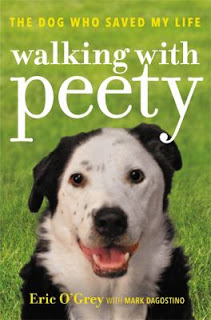 Next, Nevermore checked out Walking with Peety by Eric O’Grey.  Eric was gravely overweight, depressed, and increasingly sick.  After visiting a new doctor, who suggested adopting a shelter dog, Eric met Peety—an overweight, middle-aged, forgotten dog who had seen better days.  Eric had his doubts, but their bond was immediate and, over the next year, Eric lost 150 pounds, escaped the onset of diabetes, and Peety became a healthy, happy companion.  Our reader picked up Walking with Peety, because “I thought it would be fun,” she said.  The book itself was very inspirational and very sweet, but she said the best part was the pictures.  She loved the pictures that accompanied the story, and she recommended the book to her fellow readers looking for something sweet, slightly sentimental but ultimately stirring.

Nevermore also looked back in history at an intriguing book produced by Frederick Law Olmstead, titled A Journey through Texas; Or, A Saddle-trip on the Southwestern Frontier.  Published in 1857, before Olmstead became one of America’s foremost landscape architects, A Journey through Texas was Olmstead’s personal trip through Texas to see the landscape and describe the varied peoples living on the southwestern frontier.  Our reader said Olmstead’s book was “fascinating to read.”  She enjoyed it immensely, calling it her “favorite” among the stack of books she borrowed over the holiday.  She particularly loved the descriptions of the landscape by the author, saying it transported her to antebellum Texas and gave her incredible insight into the population during that time. 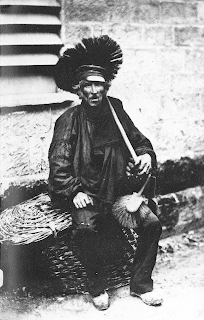 Stepping back a little further into history, Nevermore explored The Most Disgusting Jobs in Victorian London by Henry Mayhew.  Victorian London was a very dirty place; however, labor was cheap and plentiful—and large numbers of people were employed in filthy jobs to deal with the human and animal waste that littered the city.  Mayhew dives deep into the lives of these people who served in these dirty, filthy jobs, combining historical research with contemporary journalism to create an interesting if a little too informative book.  The Most Disgusting Jobs in Victorian London followed as a close second to A Journey through Texas as our reader’s favorite book.  She said she was fascinated by the history Mayhew incorporates into his work, and she was intrigued by all these jobs of which she’d never heard.  “Mud-larks,” “bone grubbers” and “rag pickers” were just a handful of the most interesting ones she came across.
Posted by BPL Ref at 9:05 AM