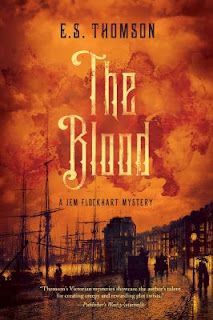 Nevermore loves a good mystery, and The Blood: A Jem Flockhart Mystery by E. S. Thomson is no exception.  Third in the series, this time Jem and sidekick Will Quartermain are on a floating hospital called The Blood, where the investigators find much more sinister goings-on than might be expected in a medical establishment.  Our reader said that you don’t have to read the books in series order to enjoy them, and that most of the villains are intriguingly hiding in plain sight. 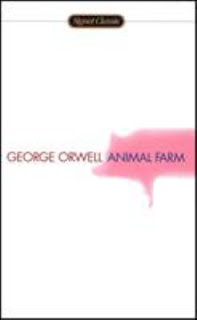 Next, a book club member enthused about the Netflix show Trotsky, and how it had inspired her to re-read the classic Animal Farm by George Orwell.  Reading it again as an adult, our reader easily was able to understand the human individuals represented by the animal characters.  Snowball the pig is very similar to Russian revolutionary Leon Trotsky.  Czar Nicholas is represented by the farmer Mr. Jones, while the Old Master seems to be a mix of Karl Marx and Vladimir Lenin.  Our reader’s enthusiastic reprisal of this school reading list standard was entertaining and enlightening. 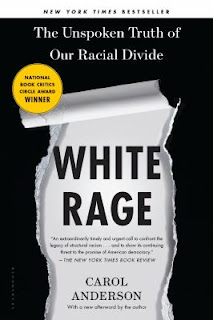 Turning to non-fiction, White Rage: The Unspoken Truth of our Racial Divide by Carol Anderson made our next reader think deeply about the deep racial divisions within the United States.  From the post-Civil War era to today, people of color have been systematically discriminated against in subtle and not-so-subtle ways.  Our reader did not just give a positive review of this difficult to read book; she said she “highly, highly, highly recommends it.”

Going back in time, The Last Day:  Wrath, Ruin, and Reason in the Great Lisbon Earthquake of 1755 by Nicholas Shrady was another interesting read.  Long before the creation of the Richter scale, the earthquake was probably a “9,” hitting Lisbon, Portugal on a Sunday morning.  Shaking for over ten minutes, buildings tumbled, tsunamis formed and the city burned.  The destruction and the rebuilding of the city captivated our reader. 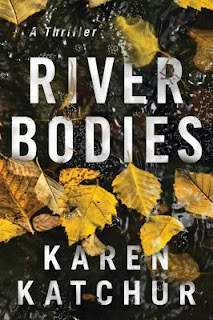 The next book didn’t get such a positive recommendation: River Bodies by Karen Katchur.  Becca Kingsley is a veterinarian who has returned to small town Pennsylvania to be with her dying father.  When a local murder may be connected to a cold case from twenty years ago, Becca becomes involved.  Our reader said that unfortunately this thriller was somewhat mediocre, and could have benefited from having 50-60 pages of the “whodunit” revelation removed. 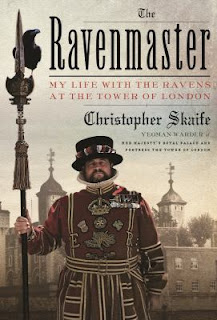 Finally, another reader enjoyed The Ravenmaster: My Life with the Ravens at the Tower of London by Christopher Skaife.  Folklore claims that if the ravens are ever removed that Britain and the Crown would fall.  Skaife had served the palace for decades before becoming responsible for the ravens.  Our reader enjoyed that the book contained so many details about the keeper himself, but also about the pageantry surrounding the care of keeping of the ravens.
Posted by BPL Ref at 9:20 AM