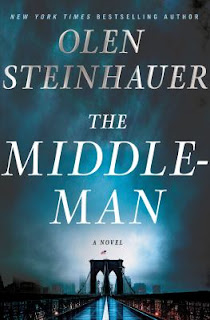 Nevermore started their meeting off with The Middleman by Olen Steinhauer.  Special Agent Rachel Proulx works for the FBI and, during her most recent case, she’s tasked with investigating the “Massive Brigade.”  Composed primarily of people who believe change isn’t coming fast enough to America, the Massive Brigade is a mystery—are they a protest organization, a political movement, or, worse, a terrorist group?  Rachel is set to find out and what she discovers about the Massive Brigade and its charismatic leader, Martin Bishop, will shake the country to its foundations.  Our reader thought The Middleman was an odd novel.  She said it reads like an action movie:  fast paced, thrilling, full of plot twists and double agents.  It wasn’t quite her cup of tea, but she found she couldn’t stop reading it.  Although she wouldn’t call The Middleman “amazing,” she did say it was compelling enough to grab her attention and keep her coming back to find out more. 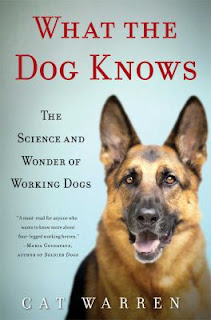 Next, Nevermore checked out What the Dog Knows:  Scent, Science, and the Amazing Ways Dogs Perceive the World by Cat Warren, a university professor, journalist, and dog owner.  In What the Dog Knows, Warren explores the lives of “working dogs [which are trained] to find missing people, detect drugs and bombs, pinpoint unmarked graves of Civil War soldiers, and even find drowning victims more than two hundred feet below the surface of a lake.”  More importantly, she offers a glimpse at the science that makes “working dogs” so capable and the incredible training they undergo.  Our reader found Warren’s book to be very interesting.  It offers a lot of different stories about different working dogs, and she makes the science interesting without being boring.  She highly recommended What the Dogs Knows to her fellow pet lovers. 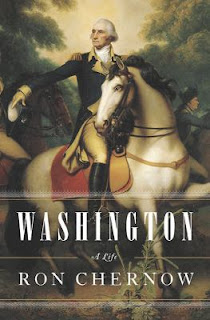 Switching gears from canine cuties, Nevermore took a look at our first president with Washington:  A Life by Ron Chernow.  In Washington, Chernow delves deep into the life of America’s first president and traces his exploits from his adventurous youth in the colonies to the tumultuous first years of the fledgling republic.  Our reader, who had already explored Alexander Hamilton, was very excited to pick up Washington.  “[It’s] so easy to read and so entertaining,” she said of Chernow’s writing; however, she did notice a significant difference between the works of Hamilton and Washington.  “In Alexander Hamilton, Chernow is very generous of Hamilton’s faults.  With Washington,” she noted, “not so much.”  Despite these differences, she’s curious to see how Chernow will handle Hamilton and Washington crossings.  She highly recommended it to her fellow readers, especially those who were already enchanted with Chernow’s Alexander Hamilton. 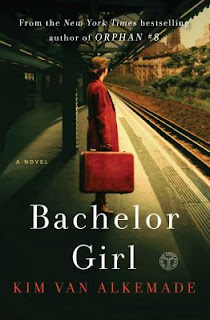 Next, Nevermore read The Bachelor Girl by Kim van Alkemade.  Helen Winthrope is a young, struggling actress, who finds herself under the care of Colonel Jacob Ruppert, an eccentric millionaire, and Albert Kramer, Colonel Ruppert’s secretary.  They have an odd relationship, but, even so, Helen finds herself embracing her role as a “bachelor girl”—a woman working and living on her own terms.  But not all is smooth sailing for Helen, especially as dark secrets come to light about both Colonel Ruppert and Albert.  Our reader picked up van Alkemade’s novel, because she originally enjoyed reading Orphan #8; however, when she picked up The Bachelor Girl, she discovered this novel was very different from what she expected—but in a very good way!  She said The Bachelor Girl was an enjoyable novel.  “The details are compelling, not lurid...and the ending was a complete surprise,” she told nevermore, and she rated it very highly overall. 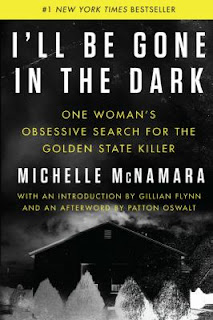