Nevermore: Bring Me Back, Restless Wave, Salt Lane, Dear Mrs. Bird, Us Against You 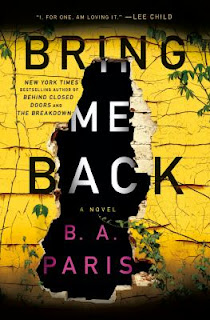 Bring Me Back, a thriller by B. A. Paris, started off the Nevermore discussion this week. A dozen years have passed since Finn’s girlfriend Layla vanished at a rest stop and he was accused of her murder.  He was cleared and now he’s found happiness from an unlikely source:  Layla’s sister, Ellen. Not long after they become engaged, a mutual friend claims to have seen Layla, alive and well.  Items that had meaning to Layla begin to appear, and Finn has to wonder if Layla is still alive—or is someone playing a dangerous game?  Our reader was not happy with the resolution and wasn’t sure that she liked the characters. 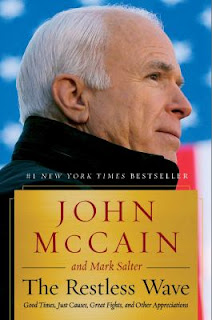 John McCain’s new book, The Restless Wave, was the next title discussed.  Our reviewer was quite impressed with it, saying that McCain expresses himself very well.  She felt the book and the man were both very inspirational. (Note:  this meeting was held before Senator McCain passed away.) 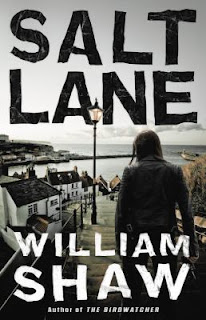 Salt Lane by William Shaw intrigued one of this week’s Nevermore attendees in part because of the strong setting:  the Kent coastline.  It’s quite a change for DS Alexandra Cupidi, who was transferred from the London Metropolitan police force to the sometimes stark countryside. While her teenage daughter Zoe finds solace in birdwatching, Alex is soon embroiled in a series of mysteries, starting with the discovery of a woman’s body in a drainage ditch.  Our reader enjoyed the book, and recommended it as a good, well-written mystery, with a strong sense of place. 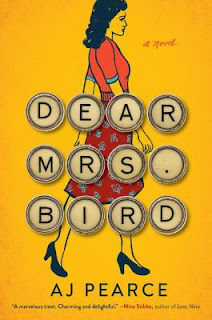 Dear Mrs. Bird by A.J. Pearce introduces us to Emmeline Lake, a bright and eager young woman anxious to do her part in the war effort.  In London, 1940, that ends up being a volunteer telephone operator for the Auxiliary Fire Services.  She longs to be a war correspondent and jumps at the opportunity to take a position at a newspaper.  To her great disappointment, she is assigned the task of being a typist for the paper’s advice columnist, the renowned Mrs. Bird.  Mrs. Bird has very strict standards, which includes tossing any letters that contain Unpleasantness—i.e., real problems, such as not wanting to have children evacuated or confessions of infidelity.  Emmy secretly begins to respond to those letters, trying to give advice and comfort. If you’re looking for a light, entertaining book, consider this debut novel. 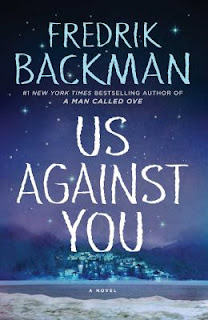 Finally, a reviewer reported disappointment with Fredrik Backman’s Us Against You. This is the second book set in Beartown, an isolated Swedish village whose pride and joy is its hockey team.   An incident involving one of the junior players leaves the team’s continued existence in doubt, even as the rival team from Hed—made up of former Beartown players—readies for what might be the last game.  Us Against You picks up where the previous book, Beartown, left off, but can be read as a standalone because Backman supplies enough information for new readers. However, our reader said she found it to be repetitious and she wasn’t engaged by the characters.  She also noted she doesn’t particularly like hockey.
Posted by BPL Ref at 4:14 PM