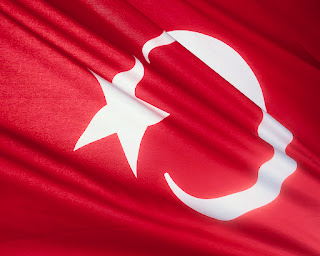 Jud's recent travels to Turkey were highlighted in the Nevermore Book Club.  He shared photos of the amazing architecture as well as natural wonders of the area.  There is also a thriving arts community.  The decorative tiles were just incredible!  There are a number of domed buildings in the area; in fact, the dome is nearly ubiquitous. 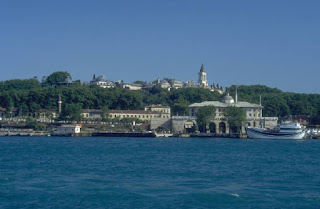 That region of the world has had a long and illustrious history. Until World War I, it was a part of the Ottoman Empire. After the war, former army officer Mustafa Kemal led a fight for Turkish independence. Adopting the surname Ataturk, he transformed the region into a modern country.  He reformed practically every aspect of the new nation, including the legal system, education, status of women, and the separation of church and state.  He is still revered today as the Father of Modern Turkey, much as George Washington is regarded in the USA. 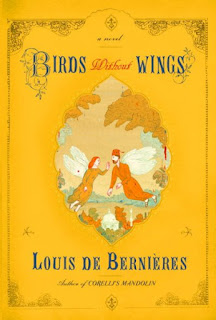 Jud had just read Birds Without Wings, a novel by Louis de Bernieres who also wrote Corelli's Violin.  This story is set in a small village in Anatolia during the Great War, when the region is being transformed by invading forces and later by the transformation of this part of the Ottoman Empire into a part of the Turkish nation. The villagers lived comfortably and happily with each other, despite being of diverse ethnic and religious backgrounds.  De Bernieres portrays the sweep of history through the lives of some very ordinary people who find their world turned upside down.  Booklist called it "a wonderfully rich and timely epic."  Jud enjoyed the book as well.  Coincidentally, he actually passed near the site of the village during his tour of Turkey.
Posted by BPL Ref at 4:32 PM