The Nevermore Book Club readers were consuming more fiction this week, including:

The Lacuna, Barbara Kingsolver’s first novel in nine years, tells the story of Harrison William Shepherd. The son of a Mexican mother and an American father, Harrison grows up in 1930s Mexico. He lives with the artist Diego Rivera and Frida Kahlo before moving to Asheville, NC where he becomes a writer. The book is a sharply observed chronicle of the ear from the 30s through the McCarthy trials of the 50s.

Then We Came to the End is the award-winning debut novel of Joshua Ferris. The employees of a Chicago ad agency are facing downsizing as some of their number are laid off. The satirical book evokes the dot com crashes of the 90s, Dilbert, and “The Office.” 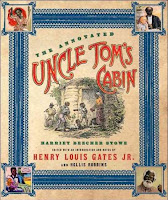 Uncle Tom’s Cabin by Harriet Beecher Stowe is the story about slavery in the South. First published in 1852, it’s one of the few books that can claim to have jump-started a social revolution and a civil war. Many people read it only as a high school requirement and never look at it again; others never read it at all, yet its influence still exists today.

Gone with the Wind by Margaret Mitchell was written a century later but it too has wielded a powerful influence over the collective imagination. In many ways, the two books parallel one another: each presents a strong viewpoint about conditions in a particular region and time period, and probably more people know the characters than have actually read the book.

Weird Sisters by Eleanor Brown is the story of three sisters who have gone wildly separate ways but who reunite when their mother is diagnosed with breast cancer. Raised in a household with a college professor father fond of quoting Shakespeare, the sisters have to redefine themselves and each other in order to move on with their lives. Funny, moving and ultimately uplifting, this is a delightful summer read.

Change Me into Zeus’s Daughter: A Memoir by Barbara Robinette Moss is the one nonfiction title this time. It’s the heart-wrenching true story of a young girl growing up in a very dysfunctional family. It’s been compared to Angela’s Ashes and Glass Castle. Our reviewer said, “You will never take anything for granted again.”


The Nevermore Book Club meets every Tuesday from 11:00 am until noon.  Everyone is welcome!  Doughnuts are courtesy of the Blackbird Bakery.  Join us!
Posted by BPL Ref at 4:19 PM

Email ThisBlogThis!Share to TwitterShare to FacebookShare to Pinterest
Labels: change me into Zeus's daughter, Gone With the Wind, Lacuna, Uncle Tom's Cabin