This Week At Nevermore Book Club 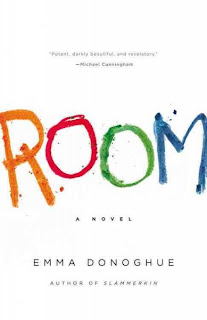 Director Jud Barry surprised a few folk by bringing in a fiction book, Room by Emma Donoghue (F DON New Fiction, Main. The story is told from the point of view of a five year old boy Jack who lives in Room with Ma. The only other person is the frightening Old Nick, who comes at night after Ma hides Jack in Wardrobe. Gradually it becomes clear that the boy and his mother are captives: Old Nick kidnapped Ma when she was nineteen years old and has held her for seven years. While the subject may sound grim to say the least, the book has been praised for its imaginative use of language. Jack is an innocent who doesn’t understand the precariousness of their situation; he doesn’t find Room to be a prison. Room is the only world he has ever known. His mother has made a life for them there, telling him stories, playing games, teaching him as best she can and making him feel as safe and loved as possible. The result is a book you won’t soon forget.

Doris took a selection of most requested new fiction books to show off. There are a number of new books by favorite authors out now from Susan Wittig Albert’s new China Bayles (Mourning Gloria), the first of Iris Johansen’s Eve Duncan trilogy (Eve) to Miss Julia Rocks the Cradle by Ann B. Ross. 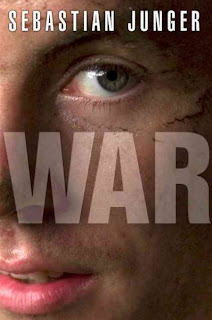 War by Sebastian Junger (958.1047 JUN Main) follows a single platoon for more than a year for a tour of duty in Afghanistan. Junger was embedded with the troops, so he is able to give a first-hand account of life as a soldier in an inhospitable landscape. Publishers Weekly called it “an unforgettable portrait of men under fire.” Our reader thinks it should be a “must read.” Junger is also the author of The Perfect Storm.

The Syringa Tree by Pamela Gien is another novel told from a child’s point of view, but this one is set in South Africa during apartheid. Lizzie, the white daughter of a surgeon, is deeply attached to her nanny, Salamena, and to Salamen’s daughter, Moliseng. She is devastated when the law requires Moliseng to be sent away to Soweto. This compelling book has been compared to the works of Alan Paton, Nadine Gordimer and Doris Lessing. Side note: this novel began life as a one-woman play, performed by the author. It won an Obie for “Best Play” in 2001.

The Nevermore Bookclub meets Tuesdays at 11 am in the Frances Kegley Conference Room. The library supplies coffee and the Blackbird Bakery supplies doughnuts! Everyone is welcome.
Posted by BPL Ref at 12:54 PM