News Flash!
There will be a special Saturday Nevermore Book Club on June 11 at 11:00 A.M. in connection with Believe In Bristol's "State of the Arts" series!  Join Jud & some BPL staffers for book talks, coffee and -- of course!--tasty treats from the Blackbird Bakery!
We now return you to our regularly scheduled Raven Report to tell you what a little bird told us! 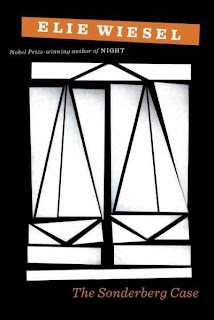 Director Jud Barry brought in two books, Andrew Johnson by Annette Gordon Reed and The Sonderberg Case by Elie Wiesel.  With Andrew Johnson, Jud argued that Johnson actually had a more difficult task than did Lincoln:  that of reconciling the two sides of a country that remained deeply divided.  Johnson accomplished more change politically than did the war itself, yet his role has been overshadowed by his predecessor.  The Sonderberg Case is a moral dilemma disguising itself as a mystery novel and it too is rooted in a country’s past.  When a German man is found dead at the base of a cliff, his nephew pleads both “guilty” and “not guilty.” The movie critic turned reporter assigned to cover the trial finds some unsettling similarities between himself and the accused man, causing him to question what he thinks he knows about his life and his past.

Other picks of the week:

Sarah’s Key by Tatiana de Rosnay was originally published in French, and has been translated into more than a dozen languages, which gives you an idea of its wide appeal.  The novel tells the story of Julia Jarmond, a journalist who becomes intrigued with the history of her new apartment in Paris.  In 1942, a Jewish family was living there when the Nazis came for them.  Sarah, the young daughter of the family, locks her four year old brother Michael in a cupboard to save him.  The family believes they will soon be returning, but instead they are shipped to Auschwitz.  The story moves back and forth between Julia and Sarah, and highlights a little known incident during World War II, in which Parisian Jews were rounded up and deported.  This book has been called moving and suspenseful. 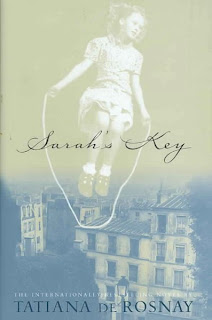 Cleopatra:  A Life by Stacy Schiff is the Pulitzer Prize-winning biographer’s attempt to separate fact from fiction about one of history’s best known women.   Contrary to popular belief, Cleopatra was neither Egyptian nor was she a great beauty: she was a Ptolemy, the Greek family who ruled Egypt at the time, and her allure was due more to her intelligence and charisma than physical attributes.  Schiff manages to give a fascinating portrait of a woman and a place that will keep the pages turning.


Veil of Night by Linda Howard has wedding planner Jaclyn Wilde dealing with Carrie Edwards who is a certified bridezilla, so it’s not too surprising that someone bumps Carrie off.  Things get even stickier when the detective assigned the case shows up and proves to be someone with whom Jaclyn had a one night stand.  Howard is known for her romantic suspense, and this book fills that bill.  This is a great beach book!

The Nevermore Book Club meets Tuesdays at 11:00 A.M.  Everyone is invited to join us for books, coffee, talk, and doughnuts from the fabulous Blackbird Bakery!
Posted by BPL Ref at 4:59 PM